Elitist.  While both the stupid party and the evil party like to call each other elitist as an insult, the idea that a small cadre of "disinterested technocrats" could run free adults' lives better than they can run them for themselves is at the core of progressive politics (c.f.).  Progressivism, of course, has infected both parties; there is little difference between a John Boehner and a Nancy Pelosi in terms of the amount of power they want over us or the size of the government they want; there's just a bit more fiscal responsibility in the former.

It was actually last night when brother Borepatch posted "Elitist Bemoans Declining Popularity of Elitism", a link to The Death of Expertise on Tom Nichols on The War Room blog: Nichols is all butt hurt about the world not bowing to his expertise in foreign relations.  Now don't get me wrong: we do have some people who read a few articles about something on Wikipedia, or on a blog, and think they're as qualified as someone who has studied the subject for decades, but two things always need to be kept in mind.  First, in many cases, people don't get 20 years of education, they get one year 20 times; that is, they refuse to really learn new things, things that conflict with their first year's learning (this is much easier when mistakes are academic and don't punish them in some way), or they never encounter anything but the same things they learned in year one so they don't need to learn.  Second, and more importantly, only the most arrogant, self-centered elitists would refuse to admit that the elites are quite frequently wrong about extremely important things.

As Borepatch put it:


No, we do not question Expert Foreign Policy opinions on Russia because of spectacular failures of past Russian Policy Experts (c.f. the CIA's assessment that the USSR was the world's 3rd largest economy in 1988), it's because we don't appreciate his PhD.  No, we don't question the research from the current Academic Establishment because it has produced oddball policy recommendations regarding Global Warming and Keynesian Economics - it's because we don't even understand what a PhD means.

Go RTWT at Borepatch.  Only a masochist would read the whole thing at Nichols' place.

This morning, I was reading columnist John Kay on Townhall with his version of the 30 Best Quotes of 2103.  I suppose #30, sucked me in.   ("Oh, the guy who bombed Boston is on the loose in my neighborhood? Super glad I don't have an AR-15 with 30 round mags" Said nobody, ever. -- Katie Pavlich).  The one that struck me as completely full of win was #14 from Ace of Spades HQ. The setup is that some asshole named Josh Barrow asserted that a small set of elite (including himself, of course) were better fit to tell us how to live our lives because you and I are stupid.


What is going on here is that a cadre of people who have a very narrow skill-set -- primarily law or some public policy degree which featured very little math, and that math was Math for Liberal Arts -- have decided that they can comprehend the workings of everyone else's job in America, simply because they went to a Good School.

Well, actually, most of them didn't go to a Good School (by which I mean a truly elite school like Harvard or Princeton); most of them went to lesser schools. But they have Harvard grads in their social circle, so they now count themselves as part of the club.

They do not know what they don't know.

They believe they are masters of the universe, but in fact are masters of almost nothing at all, not even the narrow range of material they studied before immediately going into a career of government work or government agitation.

They believe themselves to be transcendentally hypercompetent, a delusion that they are permitted to cling to only because they've never been in positions of actual responsibility where their decisions will result in well-defined failure or well-defined success.

Obama is of course the apotheosis of this type. He not just their high priest, but their demi-god, a half-god born upon the earth.

But they are all just like him -- sky-high on personal estimation of their capabilities, and yet scandalously short on actual accomplishments.

And these are the people who presume that they can run the world for us, and do our jobs better than us.

They can't. And I didn't even need to see Healthcare.gov crash and burn in Icarus-colored flames to know it.

How did I know that their self-esteem greatly outpaced their level of competency?

Simple: Because I've met them.

Apparently what started the exchanges on the Twitter was that said asshole tweeted, "If anything, the problem with Obamacare is that it lets too many people keep their existing health plans"!  When people started complaining that he doesn't know what's best for their situation, he responded like a true elitist, essentially saying, "Of course I know better than you.  You're stupid.  I'm better than you".  (to be clear: my quotes, not his)

You should read that.

Over the years, I've read America described as anti-intellectual, that we have a strong mythos of a lone "cowboy", the entrepreneur that goes up against the experts and wins: "they said it couldn't be done" and proves them wrong.  Of course, this has happened over and over again and our country is full of products like this from the "it'll never fly" of the Wright Brothers to the "nobody needs a computer at home" of the late 1970s, and more.  Of course, sometimes the experts are right and it can't be done; we just don't hear of those.   We're not anti-intellectual, we just have that "you're not the boss of me" spirit; a spirit of finding our own way and finding what's best for us by ourselves.  It's the spirit that made our country.  I hope it's not gone. 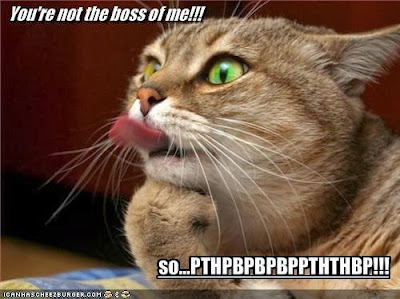