I have a Canon multi-function printer (printer/copier/scanner) about four feet behind and left of my left shoulder as I type this.  It has been there at least five years and I've been using it for that whole time, through at least a couple of computers (this one turned four years old in March) and running XP, Win 7 and Ubuntu operating systems.  As a rough number, I print something about once a week. Yesterday, my computer decided it wasn't going to work with it any more; in fact, it decided the printer had left the known universe.  Mrs. Graybeard could print to it just fine, but my system couldn't even find it.  One time during the day, I turned the printer off and back on again (universal software fix) and my computer found it, then lost it within the next half hour.  For the rest of the day, nothing I did would make it work.  I even turned this computer off and on again.

In frustration, I uninstalled it yesterday, figuring I'd reinstall it this morning.  And then, just because I haven't done it in a while, I defragmented my data drive yesterday.

This morning when I started up the computer, this computer thought my 1 TB data drive was gone.  It offered me a chance to run a disk check while booting, but I opted to go to Windoze and work from there.  I keep a pretty good backup, doing a differential backup every other day, so I wasn't that concerned, but it's nice to have that terabyte there without having to work at it.  So I spent about two hours running disk checking utilities, and the process was very slow.  The task would sit there with no feedback to me whatsoever for long periods, then advance.  Just as I was about to head up to the local Staples and pick up another Terabyte drive, it started working.

Again, I shut down and started up again, and this time it was fine.  On to the printer.  This time it only took about a half hour out of today, starting from no printer installed at all.

Today's computers really are amazing technology - when they work.  You can buy anybody's accessories for it and they work - for the most part.  When they don't work, they can make you pull your hair and wish for the old days of dip switches and manually assigning IRQ numbers.  At least you felt like you had some control. 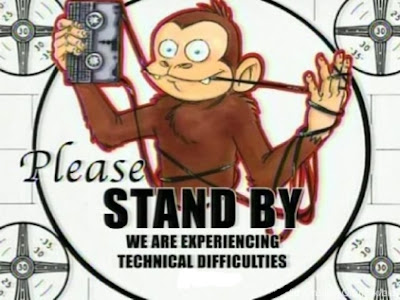