Mike Miles at 90 Miles From Tyranny posted this Twitter exchange a couple of hours ago: 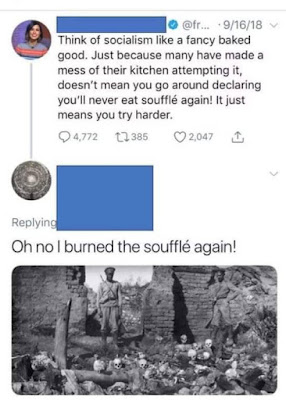 Nice reply, but I was thinking more of something like, "Not like a souffle at all.  Millions of people have made souffles, but not once in recorded history has anyone made socialism work".  I try to underline this if socialism ever comes up in conversation.  Everyone's heard the argument, "it failed because the wrong people were in charge"; the argument is "since it's been tried since thousands of years before it had a name, and nobody has ever been the 'Right People' that made it work.  What makes you think you're so special?"

But I don't have a Twitter account or a time machine to go back and answer it.

Then I thought of this one that says it better than I can. 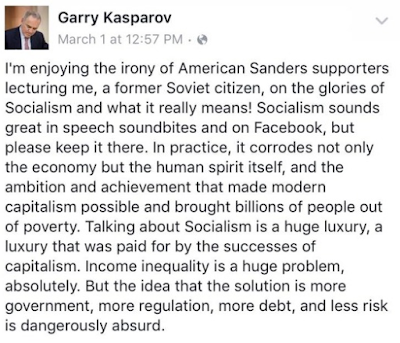 Posted by SiGraybeard at 8:10 PM