The news today is all abuzz over the fact that Darth Vader Ginsburg fell and broke three ribs.

The thing I can't help but laugh over is the rush from some people to donate their ribs or internal organs to the octogenarian.

When was the last time you heard of a rib transplant? The only thing I could find is some leading edge science?  It's just not done.  Listen, I've had broken ribs before.  It's not a picnic; in fact it hurts like a bitch for the first couple of weeks.  OTOH, transplanting ribs into someone is going to hurt about a thousand times worse.  Getting split open, old ribs sawed off, new ribs bonded in place, sewn back together...

Her biggest risk for broken ribs is that because of the pain she may not be able to breath deeply enough to ward off pneumonia.  I bet that chance would double or triple if someone actually transplanted ribs into her.  Getting hit by a truck is likely to feel good by comparison.  (I've been there, done that, too - getting hit by a truck - take my word it and don't try this at home: that really hurts, too.)

Just let her get some rest with some quality opioids for a week or two and she'll be fine - as long as the fall is the only thing that broke those ribs.

As for the other offers of letting her have "any internal organs", that actually makes more sense except for the part about broken ribs probably not causing any damage that won't heal on its own so there's no need for a transplant. 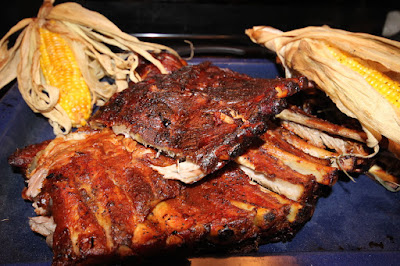