A Florida man, from my city, Melbourne, was arrested for threatening to blow up the Supervisor of Elections office.


A Melbourne man said he was fed up with political robocalls, prompting him to call the Brevard County Supervisor of Elections and threaten to blow up its office Monday, according to his affidavit.

What makes this a Florida man story is that the supervisor of elections has absolutely nothing to do with regulating or controlling robocalls or the mailings the candidates do.

Well, that plus this:


"During the call, Mr. Chen identified himself by name and even gave his phone number," the Sheriff's Office said.

I gotta tell you; all disclaimers about violence and bombing offices aside, I kinda see his point.  I'd like to be rid of the robocalls, too.  Thankfully, we will be tonight.

The other day there was a story that Alec Baldwin punched out a guy over a parking space.  Again, all disclaimers aside, part of me said, "two guys fighting over a parking place in NYFC?  Why is this even news?"  This Florida man story is the same sort of story. 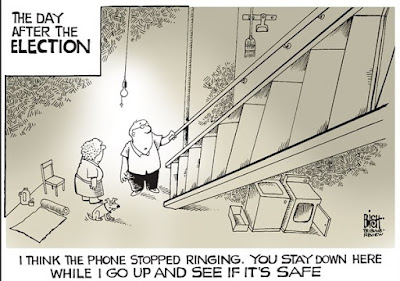