D-Day and the Gettysburg Address

As has been widely noted, today is the 75th anniversary of D-Day, June 6th, 1944.  John Richardson at No Lawyers - Only Guns and Money gives some demographics in D-Day: The Largest Seaborne Invasion in World History, a post I almost put up last night.  Borepatch has a couple of pieces; 75 years ago tonight they jumped about the parachute jumps behind the Nazi front lines and The Day of Days on the landings themselves.  Almost everyone has a post commemorating the day.

The world, not just America, is indebted to everyone who took part, from the front line grunts to the Rearest REMF logistics guy (because everyone knows an army marches on its stomach).  For obvious reasons, we honor the guys who went ashore in the face of wilting gun fire, mortars and other threats. For equally obvious reasons, the planning, logistics and coordination of the entire invasion needs to be honored, too.

Because of all that I see it as incumbent to say something nobody else has, which is to invoke the closing lines of Lincoln's Gettysburg address, about 80 years before Normandy.  Remember that Gettysburg had the largest number of casualties in the War Between the States.  It was the most horrific battle in the most horrific war.  Lincoln's message was about them, but it speaks to us - to me - through the ages.


But, in a larger sense, we can not dedicate -- we can not consecrate -- we can not hallow -- this ground. The brave men, living and dead, who struggled here, have consecrated it, far above our poor power to add or detract. The world will little note, nor long remember what we say here, but it can never forget what they did here. It is for us the living, rather, to be dedicated here to the unfinished work which they who fought here have thus far so nobly advanced. It is rather for us to be here dedicated to the great task remaining before us -- that from these honored dead we take increased devotion to that cause for which they gave the last full measure of devotion -- that we here highly resolve that these dead shall not have died in vain -- that this nation, under God, shall have a new birth of freedom -- and that government of the people, by the people, for the people, shall not perish from the earth.  [BOLD added - SiG] 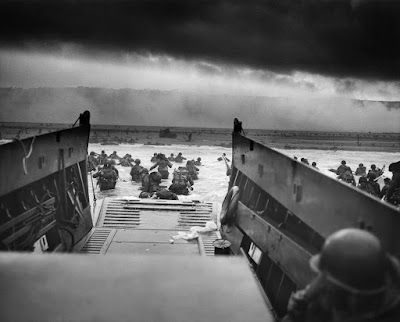 Lincoln tells me not to just honor these guys' memories, fight to make sure the forces of evil and stupidity don't destroy everything they fought for.  There's at least two thirds of the 691 candidates running for president on the Evil Party side who qualify for inclusion in those "forces of evil".