The Game of the Other Thrones

My absence on Wednesday night and most of Thursday has to do with the other thrones.  At least in common usage of the word throne. 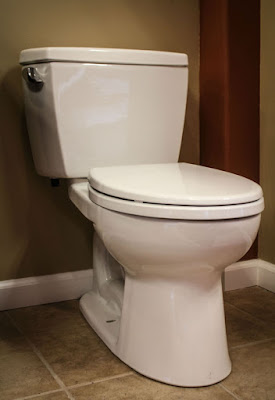 (Stock photo from a throne store)

I'm of that certain age when screening colonoscopies get recommended more often.  I had my first one 11 years ago, so I'm due (overdue for a 10 year repeat, actually) and scheduling that has been a background thread of the last few months.

It was time to get more closely acquainted with this throne.  Whether I wanted to or not.

It's not possible to do an article on getting a colonoscopy that's got a better tone than Dave Barry's 2008 classic (coincidentally almost exactly when I had my first one).  It's all bathroom humor, after all, so who better than the self-deprecating author of "Boogers Are My Beat"?

This isn't the same doctor I went to in '08, but he also had a set of detailed instructions to follow, starting from five days out to the night before.  Examples are like, "Day 5 don't eat anything with seeds: tomatoes, peppers, strawberries or anything similar";  "Day 3 no raw vegetables - no salad or cole slaw".  All of this pales next to the day before.  That's a "clear liquids only" diet that allows black coffee but not Coke or Root Beer.  There's a prescription "prep solution" to buy and take with very specific instructions.  "At 4:00 PM, pour the contents of bottle 1 into the mixing container, add cool water to fill it to 16 ounces, then drink it all.  Over the course of the next five hours, you must have five 8 ounce glasses of clear liquid, at your own pace".   The second dose, which must be done at 4:00 AM the day of, is just different enough to really mess you up.

I distinctly remember from my first one in '08 that it became my calibration for exactly how bad projectile diarrhea can be.  If I ever got sick in the intervening 11 years, I'd think "was that as bad as the prep?  Did I need to strap myself to the floor to keep from going airborne?"  This one wasn't that violent.  Through a marvel of modern chemistry, the prep solution draws water out of every tissue in your body and forcibly washes everything out of your intestines from the inside.  I spent a lot of quality time with the throne from 1600 yesterday through about 2200.  Then the alarm rang at 3:45 this morning for round two, from 0500 until we went to the hospital at 0830.  If you don't drink that "five 8 ounce glasses of clear liquid", the prep would probably turn you into a giant prune-like figure still spurting water.

The experience is draining.  After some lunch, I ended up napping a couple of hours, to get back some semblance of feeling normal.  I don't think it's from the anesthesia, I think it's just being messed up by my hours on the throne.