Reparations and the Gun Control Fight?

As you've undoubtedly heard, the House Democrats today held hearings to great fanfare to discuss creating a committee to study reparations for slavery.  It is safe to say that while some may claim being descendants of slaves, nobody today has been directly injured or damaged by slavery in the US.  It's equally safe to say that nobody alive today owned any slaves in the US.

Considering that the population of the country is ten times larger than it was when slavery was legal, it's also safe to say that most of the people in the country weren't remotely involved in slavery in the US- they came to the country after the end of slavery.  That's the case with my family.  Neither side of my family came into the US until the 19-teens.  Is it somehow "fair" to demand payment from someone who wasn't involved in the situation - to give to someone wasn't involved in the situation?  One can imagine a person who had been a slave in another country but somehow made it to the US and now will be taxed to pay reparations to someone who wasn't in this country, either, but belongs to the "affronted class".

I'm afraid from what I heard that the congress critters hearing the testimonies have mental images of the historical story that are bad caricatures of the reality.

So what does that have to do with the gun control fight?

Very simple.  Nobody likes being punished for things they didn't do.  One of the most common quips when the anti-2A forces start talking about new controls is, "my guns and I didn't do anything - why are you punishing me?"  Sorry to hear about your bad day in wherever, but my guns are in my safe and we're all hundreds of miles from the shooting.  Why do you think you get to regulate me?

One of the moments most dripping with irony in the last 16 months was last April when Marjory Stoneman Douglas High School in Parkland demanded students carry clear backpacks, and the students bitterly complained about being deprived of privacy.  The same students who were blaming the millions of American gun owners and the NRA, all of whom had absolutely nothing to do with the February shooting, started complaining they were being punished for the actions of others.  And yet they seemingly didn't realize that was exactly what they themselves had been doing.

They didn't like it.  Nobody likes getting punished for things they didn't do.

It seems to me that if we could invoke that imagery and create that feeling in the "man on the street", the voters that politicians are rallying to support their gun controls might lose the support.  It's a place where internet memes and guerilla marketing could make a difference. 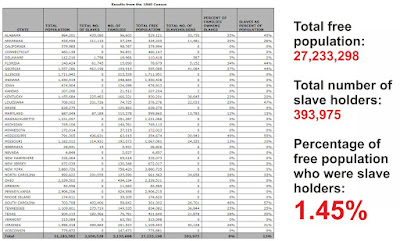