On Monday, Astra, a startup rocket and launch services company, came within 53 seconds of meeting a 17 year old DARPA challenge for flexible and responsive launch services.  Their rocket was to launch from Kodiak Island, in southern Alaska.


With less than a minute to go in the countdown, a sensor delivered some data about the rocket that Astra's chief executive, Chris Kemp, said "really concerned us."

Despite the prospect of losing out on a $2 million check from the US Defense Advanced Research Projects Agency, and potentially $10 million more later this month, Astra engineers halted the launch attempt. They thought the problem may lie with a faulty sensor, as bad data was intermittent, but they weren't sure.

The DARPA Launch Challenge has been around since 2003 in a couple of forms.  No company has successfully achieved the goals.  In this latest version, Astra was the last survivor of 18 companies that originally qualified for the Challenge.

DARPA gave Astra essentially a month's notice to prepare a rocket and launch it from Alaska.


The company moved quickly, shipping its small booster to the launch site and setting up the location in less than two weeks. A combination of poor weather over the weekend and the technical issue on Monday scuttled the chance. "We were very sorry not to hand over a big check today," said Todd Master, manager of the launch challenge for DARPA.

The object of the Launch Challenge is to go from zero to launch in a defined short amount of time.  The challenge dates back to brainstorms in the aftermath of the 9/11 attacks.


Back in 2003, DARPA created the Falcon—Force Application and Launch from CONtinental United States—program. The Falcon program had two separate goals. The first involved development of a hypersonic weapon, and the second was a low-cost launcher that could deliver at least 1,000 pounds to orbit for $5 million per launch. In addition to giving the military a new launch capability, DARPA hoped this would stimulate a stagnant US aerospace industry.

In one big way, the program did succeed. As DARPA began to solicit bids from industry for the small rocket program in May 2003, it eventually received 24 responses. The military awarded nine grants worth about half a million dollars each for design studies. While some awards went to established companies, such as Lockheed Martin, the majority were given to smaller firms like SpaceX. Ultimately, SpaceX and AirLaunch, which aimed to drop its rocket from a C-17 aircraft, emerged as finalists. Only SpaceX ever made it to space, but the [Launch Challenge] program had been canceled before that happened.

I have to give all proper respect to Astra.  The company has never launched anything into orbit, and yet they succeeded in getting within 53 seconds of something no other company has done.  They got a liquid-fueled, orbital rocket from factory to launch pad, and were ready to go, in a month.  They could have attempted the launch while not 100% comfortable with the sensor readings they had, but anyone in the launch business probably would have scrubbed the launch. 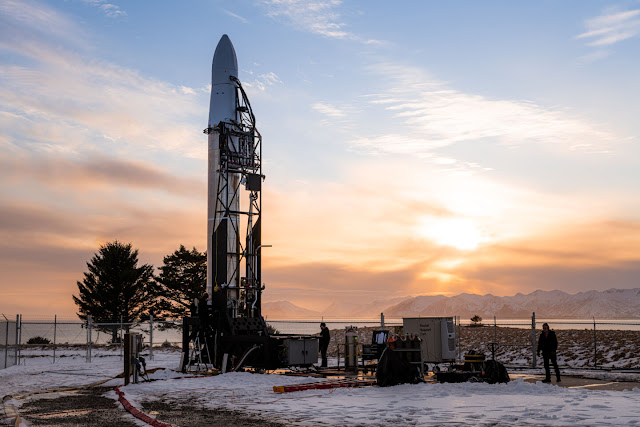 From the way they talk about it on their blog, they intend to launch this rocket soon, and have an ambitious program to make it to orbital flight in three tests.  And DARPA will continue to work the Launch Challenge.