There's a Push For a Private Space Station

If you recall seeing Arthur C. Clarke's novel 2001 made into a movie, you'll recall that space was privatized in a lot of ways.  A pivotal early scene takes place on a space station, spinning to create simulated gravity as they always were in the movies, with a prominent Hilton name on the promenade.  After the main characters step off a short-winged space plane (that could be mistaken for a space shuttle ancestor) emblazoned with the Pan American Airlines (Pan Am) logo. You'll note that under the Hilton name in the upper left, it says, “SPACE STATION 5.” 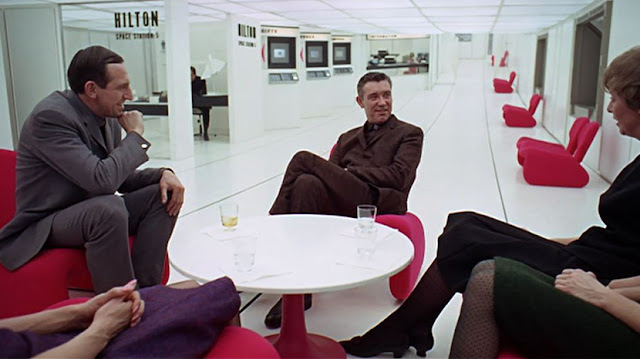 Science fiction has long been talked about as predictor of science fact, and this may be another case.  I learned today that SpaceX has signed a contract with Axiom Space to provide launches for space tourists to the International Space Station using their Crew Dragon capsule, perhaps as early as a year from now.  These will be private citizens flying a private company's spacecraft, a world's first.  The first flight of Crew Dragon carrying NASA astronauts to the ISS for the agency is still looking to be No Earlier Than early May.  This comes less than three weeks after SpaceX and another company, Space Adventures, revealed tentative plans to launch space tourists on a record-breaking Crew Dragon flight, using the Crew Dragon to take tourists to orbital heights only surpassed by a small number of flights in the Gemini and Apollo programs.

Then I learned that Axiom has been talking about creating a private space station for years - that article is dated 2017.   Their plans aren't a completely independent station the size of the ISS, that would mean raising billions of dollars, but a module that could become part of the ISS, and that would be leased to anyone who had work they need that can best be done in space. 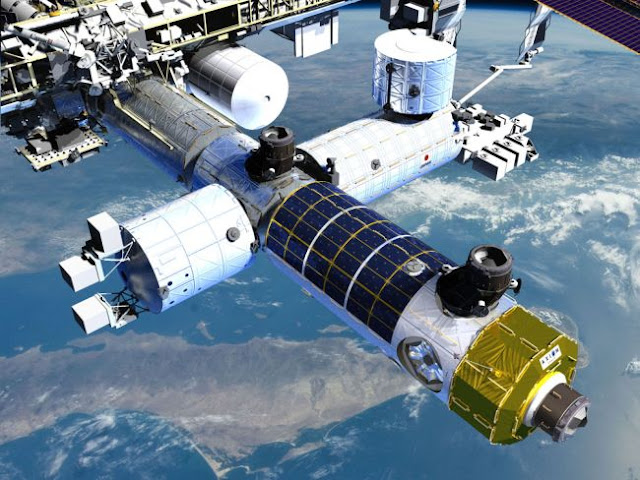 Rendering of the first Axiom Space module (lower right, wrapped in body-mounted solar panels) docked to the International Space Station (ISS). This module would use one port when docked to the ISS but will provide three additional ports.  (Image: © Axiom Space)

It's worth noting that the ISS is only planned to be in service through 2024 and there are already plans to decommission and deorbit the $100 Billion dollar habitat.  NASA officials are hoping to maintain funding through 2028; that would be 30 years after the first modules were placed on orbit.  That pretty much guarantees that the annual maintenance costs for the ISS are going up (I have a 40 year old house - DAMHIK).  Axiom is trying to get into that mix somewhere.


A private space station "is likely an idea whose time has come," said Dylan Taylor, a leading angel investor of private space endeavors.

"There are several revenue streams that are near and present that could support a private space station," Taylor said, "including in-space manufacturing, microgravity research and tourism — for both individuals and sovereign nation astronauts — and in-space supply logistics."
...
"If international governments do not vote to extend the life of the ISS, then a commercial substitute will be needed," said Derek Webber, author of the newly released book "No Bucks, No Buck Rogers: Creating the Business of Commercial Space" (Curtis Books, 2017).

I'm pretty sure I've said here before that in the Apollo years, I thought the drive would continue and that by Y2K we'd have permanent colonies on the moon, perhaps extending to Mars.  It was a widely held belief.  It's starting to look as though the critical mass of people who want to see it has been reached and there are enough people with ideas meeting enough people with capital so that we just may see humanity as a space-faring population.  Why?  For the same reason that people take boats far from shore, or climb that mountain.  Because it's there.