Are you old enough to remember the EF Hutton (a financial company) advertising “When E.F. Hutton talks, people listen” back in the late '70s/early '80s?

In the world of medical science and epidemiology, when John P.A. Ioannidis talks, I listen.  Dr. Ioannidis has been mentioned many times in this column when the topic of junk science comes up (the first, I think and a recent example).  He's the author of what’s widely quoted as one of the most downloaded papers in history, “Why Most Published Research Findings are False 2,” in which he presents data that as much as 70% of published science is wrong.

So when I saw via the Daily Wire that he had posted a paper on the response to the Coronavirus, I had to read.  Especially in light of his title, “A fiasco in the making? As the coronavirus pandemic takes hold, we are making decisions without reliable data.”

At a time when everyone needs better information, from disease modelers and governments to people quarantined or just social distancing, we lack reliable evidence on how many people have been infected with SARS-CoV-2 or who continue to become infected. Better information is needed to guide decisions and actions of monumental significance and to monitor their impact.

Consider the current social-distancing paradigm.  If the pandemic appears to be easing up or dissipating, is that because of our policies or did it happen on its own?  Without data that simply doesn't seem to exist, we can't know.  What we can know is that those who want the restrictions will claim that it's only because of them and that those opposed to the restrictions will say that they had nothing to do with the pandemic easing.  That kind of bickering is what you get without solid data.


The data collected so far on how many people are infected and how the epidemic is evolving are utterly unreliable. Given the limited testing to date, some deaths and probably the vast majority of infections due to SARS-CoV-2 are being missed. We don’t know if we are failing to capture infections by a factor of three or 300. Three months after the outbreak emerged, most countries, including the U.S., lack the ability to test a large number of people and no countries have reliable data on the prevalence of the virus in a representative random sample of the general population.

Combine the lack of testing with how governments around the world decide not to test everyone and add in how we hear of situation after situation where any death in which the person tests positive for the virus is blamed on the virus, even in absurd situation.  In Italy, reporting almost 7000 dead, only 12% had nothing but the virus and died of other causes.  This is nothing like accurate, useful data.


Projecting the Diamond Princess mortality rate onto the age structure of the U.S. population, the death rate among people infected with Covid-19 would be 0.125%. But since this estimate is based on extremely thin data — there were just seven deaths among the 700 infected passengers and crew — the real death rate could stretch from five times lower (0.025%) to five times higher (0.625%). It is also possible that some of the passengers who were infected might die later, and that tourists may have different frequencies of chronic diseases — a risk factor for worse outcomes with SARS-CoV-2 infection — than the general population. Adding these extra sources of uncertainty, reasonable estimates for the case fatality ratio in the general U.S. population vary from 0.05% to 1%.

That huge range markedly affects how severe the pandemic is and what should be done. A population-wide case fatality rate of 0.05% is lower than seasonal influenza. If that is the true rate, locking down the world with potentially tremendous social and financial consequences may be totally irrational. It’s like an elephant being attacked by a house cat. Frustrated and trying to avoid the cat, the elephant accidentally jumps off a cliff and dies.

There's a term thrown around a lot these days that we'd like to see applied here: evidence-based medicine, and (as always), “when all is said and done, a lot more is said than done.”  I understand that data is never complete until it's too late.  I understand we can't always get everything we need to know.  The most valuable piece of information to fill in the gaps in what we need to do would be to know the current prevalence of the infection in a random sample of a population and repeat this exercise at regular intervals to estimate the incidence of new infections.  I understand that simple tests like this are considered lower priority than treating patients.

It's an interesting article that addresses many of the uncertainties.  Worth your time to read. 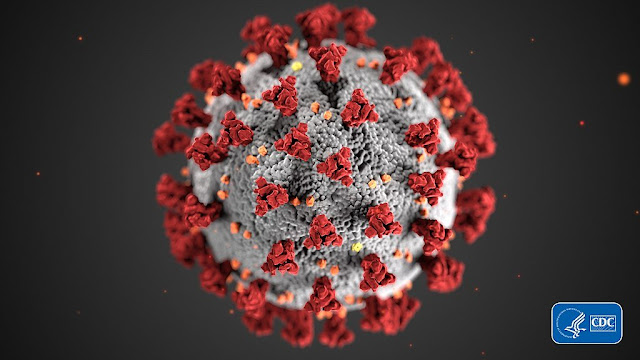