Rocket Lab, the company I keep wanting to refer to as the plucky New Zealand startup, had its first inflight failure for a paying customer this weekend, Sunday morning in New Zealand.  It was the 13th orbital mission of their Electron rocket from the company that regularly gives the current mission a whimsical name; this one was “Pics Or It Didn’t Happen.”  From the company statement:


The issue occurred approximately four minutes into the flight on July 4, 2020 and resulted in the safe loss of the vehicle. As a result, the payloads onboard Electron were not deployed to orbit. Electron remained within the predicted launch corridors and caused no harm to personnel or the launch site. Rocket Lab is working closely with the FAA to investigate the anomaly and identify its root cause to correct the issue to move forward.

“We are deeply sorry to our customers Spaceflight Inc., Canon Electronics Inc., Planet, and In-Space Missions for the loss of their payloads. We know many people poured their hearts and souls into those spacecraft. Today's anomaly is a reminder that space launch can be unforgiving, but we will identify the issue, rectify it, and be safely back on the pad as soon as possible,” said Peter Beck, Rocket Lab founder and CEO. “The launch team operated with professionalism and expertise to implement systems and procedures that ensured the anomaly was managed safely. I’m proud of the way they have responded to a tough day. We’re working together as a team to comb through the data, learn from today, and prepare for our next mission.”


Before this weekend's failure, Rocket Lab had enjoyed an excellent run of success. The company's first test flight, in May 2017, was lost at an altitude of 224km due to a ground software issue. But beginning with its next flight, in January 2018 through June 2020, the company had rattled off a string of 11 successful missions and emerged as a major player in the small satellite launch industry. It has built two additional launch pads, one in New Zealand and another in Virginia, US, and taken steps toward reusing its first-stage booster.

Spaceflight is unforgiving.  Because of the sheer cost of lifting every pound of rocket, design safety margins are small.  Since Rocket Lab hasn't given any more details on the failure, it not only wouldn't be fair to jump to conclusions, there's no data on which to base such a jump.  We'll just have to wait for updates. 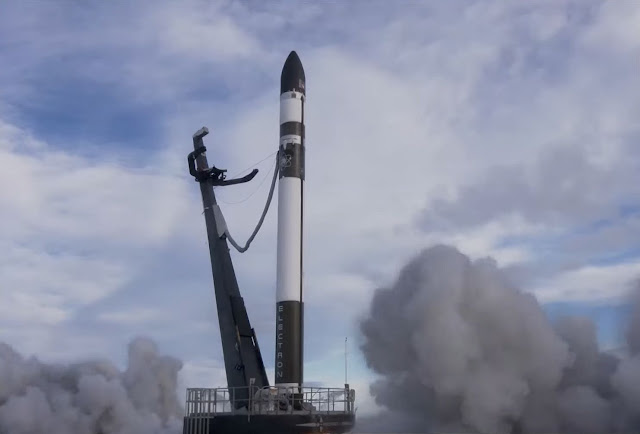 The start of mission 13, “Pics Or It Didn’t Happen” in that brief moment between lighting the engines and the rapid disconnect of that thick hose (probably fuel or oxidizer).   Rocket Lab photo.