According to a story linked at FEE - the Foundation for Economic Education - an NBA player tweeted out a great idea on what to put on his jersey.  As the NBA is preparing to resume the finale of their season at the end of this month in Orlando, the NBA is expecting players to put Woke, Social Justice sayings on their jerseys; things that would make the arena seem like it matches protests outside.  Stuff like "Black Lives Matter," "I Can't Breathe," and “Congratulations George Floyd - One Month Drug Free.”  OK - not that last one.

The player, Spencer Dinwiddie of the Brooklyn Nets, tweeted an idea for his jersey that will make him the only person in the arena to say it or (probably) to understand it.


“If you’re wondering what I’m gonna put on the back of my jersey it’ll be ‘Trillion,” Dinwiddie tweeted.

Young Mr. Dinwiddie, at the age of 27, wears jersey number 26 and realized that the phrase “26 Trillion” is the current national debt!  USDebtclock says it's $26.5 Trillion, to round it to the nearest one hundred billion.

Naturally, predictably, and as always he drew attacks from the other Twitter users for not falling in line with their predictable desires.


Woke up at 4am to see that I’m getting lit up in the comments for talking about the Global Debt. Comments ranging from massive amounts of debt are good (which I disagree with), to its not personal debt (obviously), to its a waste of a platform, amongst others …

To those I question, what is the purpose of putting a social issue on the back of the jersey? To inspire change right? Considering that nobody opts out of the complete global financial system and the USA weaponized the dollar that means you need leverage within the system.

In my opinion like it or not, change for us comes down to Group economics. Rethinking how we approach finances. Acquiring hard assets. Recycling dollars etc. Til then the slow burn of marches/protests will produce progress but will still yield similar results...

Of course, people are free to criticize.  The problem is simply that he's the only one even referring to the debt bomb.  You just don’t find students carrying signs emblazoned with “$26 Trillion and Counting!” or “End the Fed!” at political protests.  That's something only old people worry about - yet it's a problem that our politicians are creating for Mr. Dinwiddie's generation.


Baby boomers and Gen Xers have much less to worry about when it comes to surging debts that will require massive interest payments—$1 trillion annually by 2029, if not sooner—in the coming decades. Most of them also already have lots of job experience and decades of work in the bank. Many have accumulated assets and retirement savings.

The economic futures of young people, however, depend on a vibrant economy that offers similar opportunities—jobs, entrepreneurship, and the chance to get ahead. Unfortunately, that’s going to be much more difficult with a $26 trillion national debt that is rapidly growing.

While there's an ongoing attempt at a communist overthrow of our country that will almost certainly fail, that's the only possible threat to the future of Spencer Dinwiddie and his generation that's bigger than the threat posed by the way the Federal Reserve creates money out of thin air. 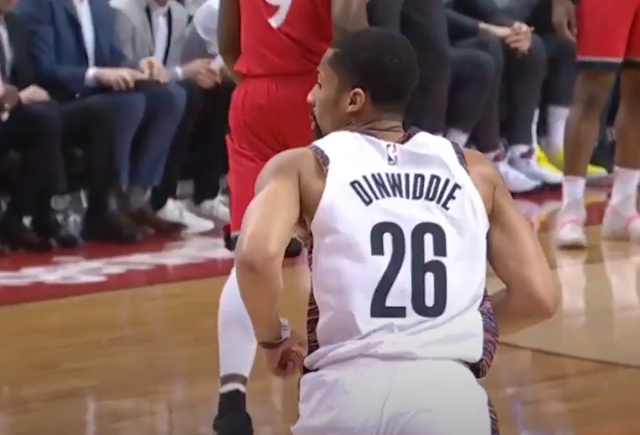 Just six weeks ago, May 12, I wrote that the National Debt was $25.1 Trillion.  Having grown $1.4 Trillion in 7 weeks says the debt is growing at $230 Billion per week; almost $1 Trillion per month.  If the debt keeps growing at that rate for the rest of this year, by 2021 the National Debt will be $32.6 Trillion.  That's so stunning I went back to make sure I hadn't miscopied the $25.1 Trillion debt in mid-May.  I hadn't.  Buckle those seat belts, it's going to get bumpier.