Too depressing a day in the news.  I need something optimistic.

Rocket Lab CEO Peter Beck talked about their launch cadence in a recent interview, and while they could launch faster, they spend more time waiting on customer's payloads to go much beyond their current 10-15 launches per year for the foreseeable future.  Their Electron booster just tied its record for successful launches in one year with August 4th's launch for the National Reconnaissance Office, NROL-199, at six launches.

It has been a positive year for Electron.  In addition to tying the record, on June 28th, Rocket Lab successfully launched NASA's CAPSTONE project (middle part of this article).  This mission  demonstrated that a small rocket could launch a deep space mission and proved out the capability of the company's Photon satellite bus for complex in-space operations.

Rocket Lab has been successful, and like 99.99% of all big successes, it has been delivered by tons of hard work.  Beck said these successes and the higher cadence, were possible because of "mature" processes now in place at Rocket Lab and the experience gained over the previous five years.  Developing repeatable ways of manufacturing high quality products is what manufacturing engineering is all about.

Building the first couple of rockets for any launch business is an all-hands-on-deck effort, with engineers and managers closely following the rocket down the production line. Now, Beck said, Electrons are built by technicians with a set of work instructions. "We invested a tremendous amount in all of the systems and processes to be able to do that," Beck said. "All of our production systems are really mature."

Rocket Lab is now ready whenever its customers are, Beck said. With its existing workforce, the company can build an Electron launch vehicle every 18 days. It has two launch pads and three clean rooms for pre-launch processing, and it holds two rockets at its New Zealand launch site at all times. Because of its vertical integration efforts, more than 80 percent of an Electron is built in-house, leaving its production less vulnerable to supply chain issues. "Because you are a dedicated service, you're offering a premium service such that you go when the customer is ready," Beck said.

Beck continued on to say that they expect to fly 10 to 15 launches this year.  In terms of numbers of launches that will make them second in the Western world behind SpaceX. Being a small satellite launcher, though, their total tonnage to space will be behind bigger companies like United Launch Alliance and Arianespace.

"The reality is that we built everything to be able to launch once a week," Beck said. "Everything in the factory is designed to be able to process and push through one rocket a week. So from an infrastructure perspective, we can do that. And from a system's perspective, we can do that. It would just require a larger workforce. But the reality is that it's the market that's the driver. For us, our cadence today is 100 percent driven by market demand." 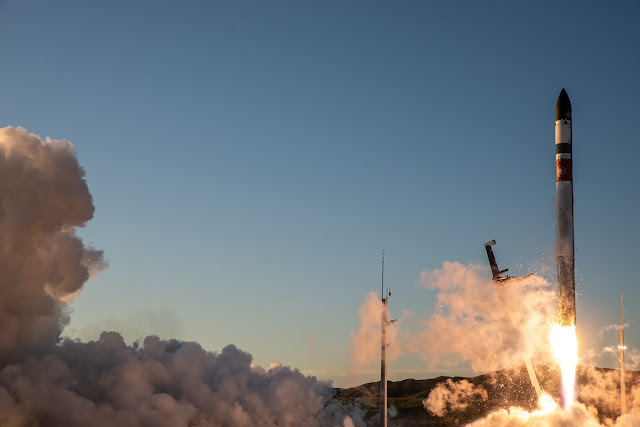 The problem that Beck describes is that the small satellite launcher business just isn't there.  There aren't enough payloads to support the capacity that the newborn industry expected.  Beck is saying they have the hardware infrastructure to do a launch a week instead of their current, slower cadence.  To increase it, "all they'd really need to do" is add more workers.  It's just that the demand for launches isn't there.  We just read that Astra is aiming for the same market, or put another way, aiming to take at least some of Rocket Lab's business.

Some commentators have been saying for a couple of years that the small launch business is headed for some sort of thinning of the herd.  This is more evidence.

That's one reason Beck is pushing for the development of their Neutron rocket.  Neutron is the successor to Electron that's capable of delivering 8 metric tons to low Earth orbit with a fully reusable first stage. That's the direction the market, driven by megaconstellations, is moving toward. 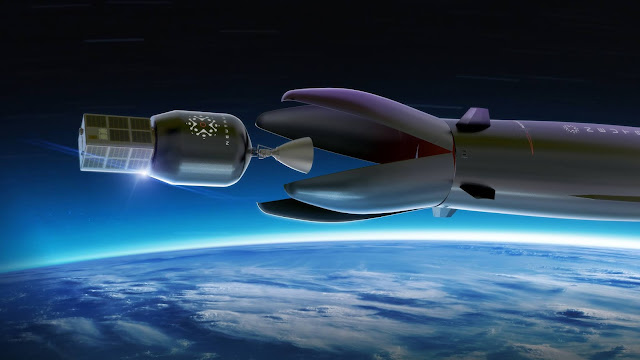 In addition, Rocket Lab continues to work on recovering the Electron boosters, as you might recall from May.  The helicopter pilot briefly captured the first stage but then released, saying the recovered booster didn't feel like any of the practice missions.  Rocket Lab still fished the booster out of the water and Beck said they found it to be in the best condition of any previously recovered first stage.