The First Amendment is Dead - And It's Taking the Second 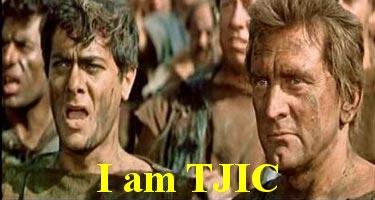 It's almost a cliche' that freedom of speech is only important when the speech is offensive.  Don't know about you, but leftist loonies have been telling me that every time they dump a crucifix in urine or drop poop on a portrait of the Virgin Mary - roughly once a week - for 40 years now.  The other day, there was a case here in Florida about the free speech rights of a guy publishing an instruction manual for pedophiles.  All the usual left wing-nuts were defending him.

Be aware that you don't have freedom of speech if you're not a statist.

One of my regular reads is "Dispatches from TJICistan" - but don't bother clicking, it has been taken down.  It seems the town of Arlington, Mass., has shut down his blog, confiscated his weapons, and confiscated his carry permit after they learned of a blog posting of his entitled "1 down, 534 to go" after the Tucson shooting.  They probably seized his computers, although the article doesn't say so.  It concludes:


Corcoran, who has no criminal history, has not been arrested and does not face any charges. Arlington police saying they are working with the Capitol Police in their investigation, and members of the Massachusetts congressional delegation have been alerted.

TJC is Travis Corcoran, a guy who has written for Fine Woodworking Magazine, and blogs on a variety of topics including woodworking, mastering the lathe, fine cooking, interesting oddities of the English language, his study of classical guitar, and other things that interest him.  Since I also happen to be interested in all of those things, he's a natural to go read.  He also writes from the same "small 'L' libertarian" perspective that most of my regular reading list does, and that I do.

When I first read the posting that caused all this, I was a bit taken aback, but in the days that followed he stated clearly where he was coming from, that he does not advocate shooting politicians, he does not think that a civil war or revolution is necessary, but that there are times when this is reasonable.  The founding fathers, after all, were in armed rebellion against the legal government they were living under, right?  They were British citizens shooting British citizens.  Unless you are of the belief that no system of government is ever so oppressive or so tyrannical as to need to be overthrown, you must agree that this is not an unreasonable opinion.  He also said that he had intended that more as a joke, and who among us has never said something stupid that "went over like a lead balloon".

Borepatch, as usual, brings teh smart to the story (and generated the graphic for free distribution).


Let's ignore for the moment how many people were investigated for making similar comments about George W. Bush.  Let's look at the "logic" being exercised by the Arlington Po-Po, shall we?

They claim that Corcoran is so dangerous that, while he has done nothing more than put up a blog post, he must be restrained from possessing firearms.  However, it appears that it's not worth it for the police to follow him, or stake out his place, or arrest him.

Look, guys, if you think that his speech rises to the level of an actual threat of specific harm to specific persons, he should be in jail.  If you're not sure, then do the leg work to establish whether it is or not.

Borepatch's piece is worth your time to read.  I don't know how worthwhile it would be for people to write the Arlington police or his representatives.  Given today's climate, it would probably just get the same treatment for you.

As Arctic Patriot says, "Resist".
Posted by SiGraybeard at 7:58 PM