A Deranged Lemming-like March into the Abyss 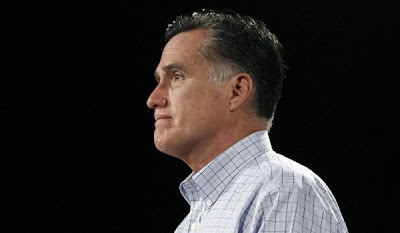 From Mark Steyn's latest, "Milquetoast Mitt", a possible campaign button for Obama, “Forward” is seen as sunny and optimistic rather than a deranged lemming-like march into the abyss.


The words “WE BELIEVE” appeared on the screen, followed by youthful hands raised to a clear blue sky at the dawn of a new day, shafts of sunlight gleaming through ears of corn, a puppy gamboling across a meadow, a kitten playfully pawing, happy green-T-shirted volunteers of many races unloading a recycling carton . . . and I thought, despite myself, “Well, say what you like, but the reassuring vapidity of the Romney campaign is at least getting more professional.” At the end, in the spot where the off-screen voice is supposed to say “I’m Mitt Romney and I approve this message,” it instead said: “Introducing Purina One Beyond: a new food for your cat or dog.”

("reassuring vapidity of the Romney campaign" - you just can't buy quality writing like that)  Mark makes the excellent statement that half the country is oblivious to oncoming disaster of the debt.


Half the country is entirely unaware of the existential threat Obama-sized government represents, and Mitt seems in no hurry to alert them to what’s at stake, save for occasional warnings that if we’re not careful America will end up like Europe. We should be so lucky.

The CBO runs on a peculiar basis: when a bill is presented to them, they have to accept the assumptions in the forecast.  For an absurd example, if a bill is presented that includes the assumption "we will borrow more than the combined GDP of the planet, by making contact with the Zeta Reticulans", they must go with that, and not question whether there is even a snowball's chance in Florida that could happen.  That's why the cost of Obamacare came in at under a trillion dollars.  The assumptions were bogus.   In the case of predicting the collapse of the US, the assumptions were not far-fetched.  They were to assume "business as usual".  If things go along as they have been, the US ceases to exist.  To quote Treasury Secretary Geithner to VP Candidate Paul Ryan, "We don't have a definitive plan, we just don't like yours" (at about the 2 minute mark here).

The selection of Paul Ryan is not bad, but it's not great either.  It simply confirms what we've all been saying about Romney being a party insider, toeing the party line.  Contrary to what the MSM thinks, you and I know the tea party/9-12 Project/Freedomworks groups are not parts of the Stupid Party, they are dedicated to the overthrow of the current Republican party.  That's why someone who strongly appeals to this crowd, like Rand Paul or Marco Rubio, was not chosen.

Many of us have said many times that we are not voting out way out of this, and that is absolutely true.  However, voting is part of the process of getting out of this.  The first shot of chemotherapy or the first round of surgery does not cure your cancer: it's the first step in the process of getting rid of your cancer.  That's more like what we're facing.  Having gone through cancer with Mrs. Graybeard and many others, I've seen that getting through cancer is an enormous endurance contest - and getting out of the budget hole will try the endurance of us all.

Posted by SiGraybeard at 1:43 PM