I was going to point out that TFS Magnum has moved her blog to Wordpress as "357 Magnum" and that I've changed my link under "Florida Blogs", but instead of simply that, I want to point out two posts on wind power that are worth your time to read.  The Cost of Green Power  and  How Much Does Wind Power Contribute to the UK's Energy Usage   From the first piece:


In the following three weeks, the voltage weakened at the Hamburg factory two more times, each time for a fraction of second. Since the machines were on a production break both times, there was no damage. Still, the company invested €150,000 (approx $200,000) to set up its own emergency power supply, using batteries, to protect itself from future damages.  (Note: €150,000 is approx $200,000 - Graybeard)

Nice trade for the environment, there.  Batteries, with today's technology, are probably either lead-acid or lithium ion.  So while the wind power farms cause businesses to spend hundreds of thousands to ameliorate damages caused by the wind power, the official sources will never count that cost.  From the second piece,


At one point last week, Britain’s 3,500 turbines were contributing 12 megawatts (MW) to the 38,000MW of electricity we were using. (The Neta website, which carries official electricity statistics, registered this as “0.0 per cent”).

In this space, back in December of 2010, a commenter here posted:


BTW,  you might like to know that, over the Christmas period, our myriad wind turbines (UK) have produced as much as 1.6% of our electrical energy ... and as little as O%. Sometimes, they actually consume energy as they require internal heating in cold, still, weather. They also are driven, in still weather, to prevent damage to the bearings. Or something.” 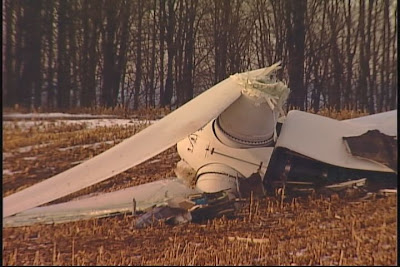 You'll notice I've added a link to Erin Palette's Lurking Rhythmically under my Florida gun blogs list, too.  Erin describes herself as "The Bratty Little Sister of the Gun-Blog-o-Sphere", and while she's way too young to be my little sister, she alternates some good gun & survival stuff with a lot of Role Playing Games and My Little Pony (sorry if I got that wrong), if you're into such.  As I understand, within the last year, Erin had the wake up moment we all (probably) have had: she realized she's responsible for herself and her own self-defense.  In addition to arming herself, she gotten her mother armed.  This is all good stuff!  Let's face it: most of us "gun bloggers" don't actually write about guns anywhere near all the time.

In my general reading list, I've added Stormbringer.  Hosted by (as the about page says) "Sean Linnane is the pseudonym of a retired Special Forces career NCO...", that says it.  I think, like American Mercenary (whom I've had listed a long time), he brings insights that only the real deal can bring.

Labels: enviro-nuts and flakes, Me