Dismantling the Constitution, One Article at a Time

Hat tip to Arctic Patriot who posts a link to the shocking news that the House has passed a bill removing the teeth of article 2 of the constitution, which requires the Senate approve presidential nominees - the famous "advice and consent" clause often spoken of.


By a vote of 261-116, the House of Representatives passed a bill rewriting Article II of the Constitution and divesting the Senate of the power to accept or reject the appointment of many presidential nominees.

Last year, the Senate passed the measure by a vote of 79-20, so it now goes to the desk of President Obama for his signature.

The president, dogged, determined defender of the constitution that he is, will surely veto this bill and refuse to allow the additional power to flow to the executive.   Bwahahahahahahahahahaha  ... hahahahahahaha .  Wew! ... Sorry.  Sometimes I crack myself up.

The article is dated last Friday, but says the bill was actually passed Tuesday.  The senate bill had been sitting for over a year.


Although the House vote occurred on Tuesday, the Senate voted to surrender its constitutional check on the executive over a year ago on June 29, 2011.

But don't worry.  They say they'll only give away their power to approve minor appointments, and still approve major appointments.  Just like they said income tax will never go above 1% and the Federal Reserve will protect the integrity of the currency. 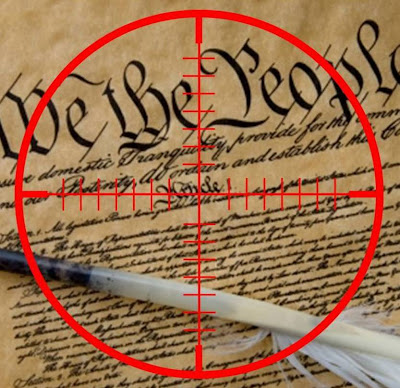