QoTD "Hardware is the New Software"

That quote is from the New York Times, of all places.  Well, slightly modified.  The article is about how the Silicon Valley is making a return to its roots.  As the piece says,


THE shift away from the Valley’s obsession with dot-com services and Web-based social networks is a return to the region’s roots. The Valley began as a center for electronics hardware design in the late 1930s, when Bill Hewlett and David Packard built an audio oscillator that Walt Disney used in the production of the movie “Fantasia.” At the start of the 1970s, the label Silicon Valley was coined because of the proliferation of semiconductor companies. In the mid-1970s, a group of computer hardware hobbyists started the Homebrew Computer Club here, which gave rise to several dozen start-ups, including Apple Computer.

Places like the Silicon Valley (and, to a lesser extent, my own Silicon Swamp) become hotbeds of innovation as engineers get a better idea and head off to start their own companies.  A good technical university can serve as both a backbone and feedstock.  To be successful requires some minimum size and number of businesses, and while many cities have tried to be "the Next Silicon Valley", the original is still the standard.  Of course, this goes on against the backdrop of the ongoing economic collapse of California that "the Professor", Victor Davis Hanson, has so eloquently written.  The Valley may not survive but be replaced by Boise or another similar community.

One of the emphases of the piece is how the rapid prototyping industry is part of this.


Instead, any designer now has the ability to quickly experiment with new product designs using low-cost 3-D printers. These printers can churn out objects to make prototypes quickly — a fork, wall hooks, mugs, a luggage clasp — by printing thousands of layers of wafer-thin slices of plastics, ceramics or other materials. Products can be made quickly in contract assembly plants overseas, usually in China.

Make no mistake, software is still a very big part of these designs, and they are very much cousins to the (current) grand master of the Valley, Apple.  They highlight several interesting products coming out of the area: the Nest, a self-programming thermostat; Lytro, a really innovative camera which produces images that can be re-focused and zoomed after they come out of the camera; and Shaka, a plug-in for your smart phone to measure wind speed. There are more. 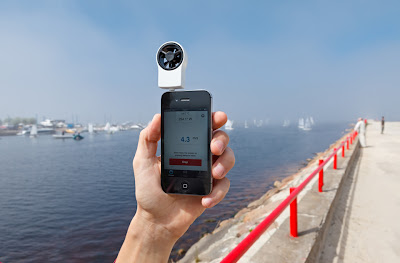 I think I need to get me one of these!

As hardware engineer, these developments are encouraging to see.  But I gotta tell you, as a pure radio designer, I feel more and more like a dinosaur these days.  The amount of pure RF design is shrinking yearly; most commercial radios are 1/10 radio and 9/10 computer.  If you are getting started, or serious about building stuff at home, you should look into learning how to program FPGAs (Field Programmable Gate Arrays) at home.  FPGAs allow you to almost completely encapsulate large sections of digital logic in one moderately priced chip which you program to your requirements. It's where digital design is going.   It's almost getting hard to purchase individual logic gate chips these days.