Tightening the Fence; Putting up the Wire

By now, you've all undoubtedly heard the story about gathering wild pigs for slaughter.  A good example is "The Wild and Free Pigs of the Okeefenokee", where a crafty old guy gathers a herd of wild pigs by scattering food for them for a while, then adding fence posts, one at a time, eventually building a fence and closing the pigs inside.  From wild pig to bacon and Boston butts in a few months.

It's arguable the same thing is being done to us.  William Norman Grigg, normally of Pro Libertate, has a piece on Lew Rockwell examining the links between Brandon Raub, the decorated Marine put in a mental hospital for 30 days (he was released today, early) for writing "politically incorrect" things in a private Facebook discussion and some similar cases.  All involve the Glorious Motherland sending someone to a gulag, um, I mean mental hospital, apparently simply for attracting attention.  These include Matthew Corrigan, a depressed veteran seeking help for a sleeping disorder, David Pyles of Medford, Oregon, whose crime appears to be using a tax refund check to buy a couple of guns shortly after being terminated from work, and engineer Gregory Girard, who doesn't appear to have any transgressions, just the misfortune of being married to a psychologist who knows how to game the system. 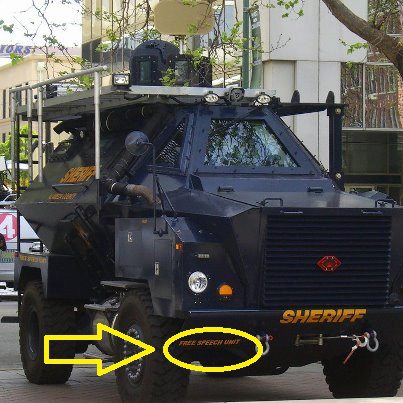