Scrolling through the news ticker on the bottom of the screen while I was having breakfast, I noticed that Chris Christie has introduced new gun control legislation into the already draconian laws of New Jersey.

One that jumped out at me as particularly stupid was this little gem:


New Jersey has the second toughest gun laws in the country. The first facet of Christie’s plan seeks to make them even stricter. This includes banning future purchases of the Barrett .50 Caliber...

Oh. My. God.  We're going to reduce crime by banning "Barrett 50 calibers" by name?  What horrific crime wave are we reacting to here?  Can anyone name a single crime anywhere in the US committed by someone using a Barrett?  The Violence Policy Center has a page listing all the "crimes" committed with .50 caliber guns and with the exception of one used in a drug cartel shootout in Mexico, they all appear to be malum prohibitum crimes, "crimes because we say so": crimes of possession, or of someone who owned one being involved in some other crime (owning while stupid?).  No actual "shooting someplace up" crimes.

I'd love one of Ronnie's beautiful toys myself, but at $12,000 MSRP stripped, and $170 for each magazine and ammo at about $5 per round, it's undoubtedly a rich man's toy.  You'd need to live somewhere with truly wide open spaces to shoot it.  The rifle club I belong to forbids the use of .50 BMG.

I'm going to go out on a limb and say if anyone in New Jersey owns and shoots a Barrett .50, they're rather rich and either live in a gated suburb or on an estate farm.  In other words, the people least likely to be involved in crime - but we're going to make sure no one can buy another one.  That's an effective use of legislator's time.

Considering most of us can't tell him from a Democrat, Christie probably just threw away any chance of a Republican presidential run. 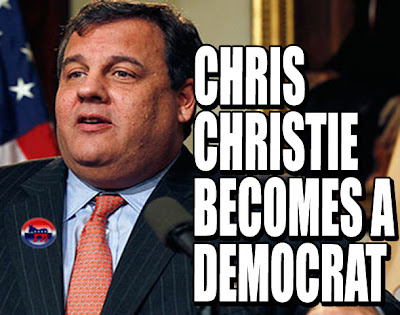