On Background Checks, The New Mantra

John Lott writes the definitive piece on Fact vs. Fiction on  Background Checks and the Gun Control Debate.  A couple of Fun Facts should you be debating an anti-gun type:


Furthermore, there is no real scientific evidence among criminologists and economists that background checks actually reduce crime. In fact, a 2004 National Academy of Sciences panel concluded that the Brady background checks didn't reduce any type of violent crime. Nor have other later studies found a beneficial effect.
...
The number of criminals stopped by the checks is also quite small. In 2010, there were over 76,000 initial denials, but only 44 of those were deemed worthy for prosecution and only 13 individuals were convicted.(pdf here) Even those 13 cases don’t tend to be the “dangerous” criminals Obama claims are being stopped.

Lott starts with the famous "40% of gun sales take place without a background check" claim Obama and others make.  This is a misleading number for several reason, the biggest being the study was done before the Brady bill required background checks.  The 40% includes all transfers, including non-sales between family members. And besides, even with those two important facts, he rounds up the study's 36% to 40%.


Counting only guns that were sold gives a very different perspective, with only 14 percent not actually going through federally licensed dealers. But even that is much too high as there were biases in the survey. For example, two-thirds of federally licensed dealers at the time were so-called “kitchen table” dealers who sold gun out of their homes and most buyers surveyed were likely unaware these individuals were indeed licensed. 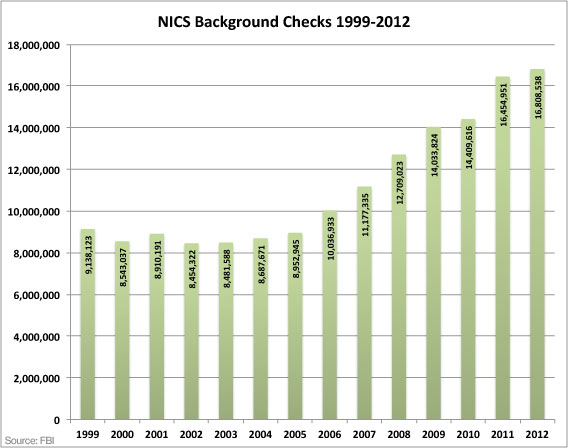