Despicable Behavior from Our Leaders

As most of you will remember, a couple of months after the completion of the raid that killed Bin Laden, a Chinook carrying 30 men was shot down in Afghanistan.  It as Aug. 6, 2011.  The 30 included 17 members of the Dev Gru/SEAL team VI operators, five Naval Special Warfare personnel, three Air Force Spec Ops and a crew of five Army aviators.  A short bio of each of them is here.

Thursday, the families of four of those men called a press conference to call attention to several questions about the mission that they can't get answered.  "Accompanying the families of these dead Navy SEAL Team VI special operations servicemen will be retired military experts verifying their accounts of how and why the government is as much responsible for the deaths of their sons as is the Taliban."  (emphasis added - SiG)  If the reality here is as described, it represents completely despicable behavior on the part of the military and civilian leadership.


1. How President Obama and Vice President Biden, having disclosed on May 4, 2011, that Navy Seal Team VI carried out the successful raid on Bin Laden’s compound resulting in the master terrorist’s death, put a retaliatory target on the backs of the fallen heroes.
2. How and why high-level military officials sent these Navy SEAL Team VI heroes into battle without special operations aviation and proper air support.
3. How and why middle-level military brass carries out too many ill-prepared missions to boost their standing with top-level military brass and the Commander-in-Chief in order that they can be promoted.
4. How the military restricts special operations servicemen and others from engaging in timely return fire when fired upon by the Taliban and other terrorist groups and interests, thus jeopardizing the servicemen’s lives.
5. How and why the denial of requested pre-assault fire may have contributed to the shoot down of the Navy SEAL Team VI helicopter and the death of these special operations servicemen.
6. How Afghani forces accompanying the Navy SEAL Team VI servicemen on the helicopter were not properly vetted and how they possibly disclosed classified information to the Taliban about the mission, resulting in the shoot down of the helicopter.
7. How military brass, while prohibiting any mention of a Judeo-Christian God, invited a Muslim cleric to the funeral for the fallen Navy SEAL Team VI heroes who disparaged in Arabic the memory of these servicemen by damning them as infidels to Allah. A video of the Muslim cleric’s “prayer” will be shown with a certified translation.

This last one is particularly disgusting, adding, as it does, insult to their deaths.  While prohibiting the expression of any Judeo-Christian faith, a Muslim Imam delivered a prayer that cursed them - it  included the following:


Amen. I shelter in Allah from the devil who has been cast with stones.
In the name of Allah the merciful forgiver.
The companions of “THE FIRE”
(The sinners and infidels who are fodder for the hell fire)
ARE NOT EQUAL WITH the companions of heaven.
The companions of heaven (Muslims) are the WINNERS.
Had he sent this Koran to the mountain, you would have seen the mountain prostrated in fear of Allah.
(Mocking the GOD of Moses)
Such examples are what we present to the people, so that they would think.
(repent and convert to Islam)
Blessings are to your God (Allah) the God of glory and what they describe.
And peace be upon the messengers (prophets) and thanks be to Allah the lord of both universes (mankind and Jinn).

That last link, to Gateway Pundit, contains a video of the press conference.  The video is over 3 hours long, so I haven't watched it. 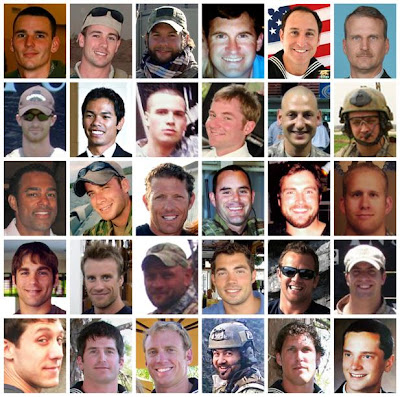 I'm not saying the brass should fall on their swords, but if I was responsible for this, I don't think I could look myself in the mirror.  Add this to an executive branch and state department that apparently let an ambassador and three other men die for the elections.