The best quote I've seen is actually from yesterday, but Og, Neanderpundit wrote about Rachel Lucas commenting about the controversy over why no one wants to bury Tamerlan Tsarnaev.  Rachel wrote:


"So I just want to understand why this guy’s corpse is so different from the corpses of other mass murderers, even other terrorists. Where do we usually bury murderers in the U.S.? Why is it such a big deal with this particular one?"

Which Og hits out of the park.  I'll only lift one paragraph; go RTWT:


He was wrong to not be an angry tea partying caucasion. This robbed them of the opportunity to use this to point out how those hateful and spiteful and stupid red state hickbillies are always the ones responsible for violence of every kind.

Over the intervening few weeks since the Boston Marathon bombing, I've heard talking heads mention a couple of terms that make my ears almost swivel like the cat's ears:  "WMD" and "mass murder".  Let me start out with a simple question:

Since when does a home made bomb in a pressure cooker qualify as a Weapon of Mass Destruction?  I haven't seen estimates of its yield, but I wouldn't be surprised if it was about as powerful as hand grenade or two at once, and I'd love some input for guys who have seen real bombs from a respectful distance.  Any bomb techs drop by?  I'd die of surprise if it was a powerful as a  1 or 2000lb bomb, and we drop those like confetti in Afghanistan.  I can imagine some hungry federal prosecutor liking the idea of calling it a WMD, but, with all due respect, Mr. Fed Prosecutor, do you really want to tell the people in East Douchbagistan that we've been dropping WMDs on them since 2003? 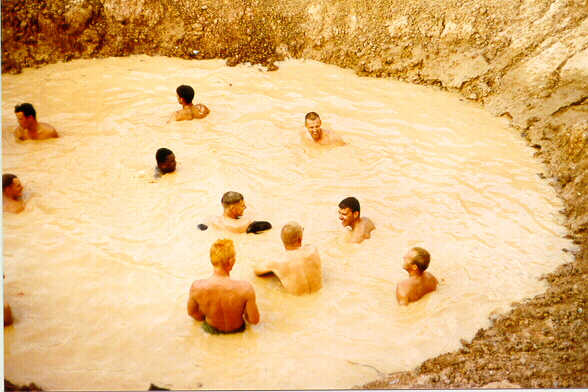 And "mass murder"?  A few months ago, we were all talking about a story in Mother Jones or something because they analyzed mass murders and decided no armed civilian had ever stopped one.  Crazy right?, but embedded in there was the idea that a mass murder was defined as over four deaths and in the cases where civilians had interdicted, the killers never made it as high as four killed.  The death toll at Boston stands at 3; at least I've not found more.

As awful as it was, Boston was neither mass murder nor a WMD.