Let me propose a thought experiment.  If you could know what you were likely to die of and when you were likely to die, would you want to know?  Let's leave out Twilight Zone-style "seeing the future", and restrict ourselves to genetic things.  (The TZ did a story centered on a camera that could see five minutes into the future).  As the genomic research of the last 10 years progresses and grows, more of us will be faced with this question.  And the logical extension of knowing that you have a genetic tendency that will probably kill you is that you might want to do something about it. Would you want to know if there was nothing you could do about it?

By now, everyone has heard the story that Angelina Jolie voluntarily had a double mastectomy to minimize a genetic chance of breast cancer.  Angelina watched her mother die of the disease and discovered that she herself carried the BRCA-1 ("bracka 1") gene.  It's said that she reduced her chances of developing the disease from almost 90% down to 5%;  I assume mostly because breast tissue isn't confined entirely to the visible breasts and it wasn't all removed.  Angelina drastically reduced her chances of getting a pretty terrible disease, but at a pretty rough price.

Angelina's choice is as close to a no-brainer as you get in this subject.  As much as the average guy loves a good set, breasts aren't exactly necessary to survival.  You don't have to go into the body's core to remove them.  It's not like she had to remove her liver because she's genetically inclined to develop terminal liver disease.  Livers are necessary to survival.  The surgery isn't likely to affect her health in any other way.

But this post isn't about breast cancer, and it isn't about her in particular.  It's about that question: would you want to know?  Even if you couldn't do anything about it?  Let's say you knew you had a genetic tendency to die of a certain kind of brain tumor, and you were likely to die young.  You can't remove your brain to reduce the chances - unless you're a politician.  I had a friend die of a brain tumor about 10 years ago.  From first symptom to death took less than two weeks.  Is the logical extension of what she did to commit suicide?  There are really no other alternatives at present.  But ... kill yourself to avoid a fatal disease?  Is that going too far?

Here's a personal example:  I'm getting to be an old guy.  I heard an oncologist once say that prostate cancer was the male analog of breast cancer, except many times more common.  WebMD says, "About 80 percent of men who reach age 80 have prostate cancer cells in their prostate."  Should we older dudes have our prostates removed pre-emptively?  Prostates aren't conveniently located outside the body core where they're easy to remove; it's a delicate surgery that can bring unpleasant complications like incontinence for life.  Thankfully prostate cancer isn't usually a very aggressive disease, and at that age (80), they're not likely to treat you as aggressively as they would if you had prostate cancer at 50 or 60.  I don't know what the right answer this, but it seems you just face it.

Let's say the men in your family tend to have massive heart attacks and die by 50.  You're 40; do you put in stents pre-emptively?  When?  I say yeah you get stents (or whatever tech is called for), and doing it at 40-45 is approximately right.  Would a doctor agree to that?  What are the odds they hurt you badly or kill you while putting in the stents?

Is that going too far?  How far is too far?

Anybody here ever read Dr. Barry Sears, the guy who created the Zone diet empire?  In an early column about him, (I think) he said he was led to research diet and heart as a young biochemist because all the men in his family had died young of heart disease.  He had his own "genome research" that told him he was likely to die young, and worked hard to change that.  I think he said he's the only man in his family to live past 50.

Look at it this way: we're all born with a fatal condition.  Life is a 100% fatal, sexually transmitted condition.  Cancer is a hellish disease, and the treatments are as awful as the disease is.  But it's not like it's the only awful, fatal, or degenerative disease out there.  Do you want to know if you're going to get an awful disease that's going to lead to long, painful, sickening treatments?  Do you kill yourself in advance?  You absolutely won't get any other disease.  If you wait until you're diagnosed, you get more life, but maybe it's too late to do anything.  Despite the nice numbers on cancer survival we hear, it's early detection that's driving it, not better treatments.  On the other hand, again, the only thing we're sure of is that everyone will die of something.   If you know you're going to have a lot of pain, say, doesn't a bottle of sleeping pills and a nice glass of your favorite wine or spirits sound better?  Before you're in too much pain or too messed up to do it.

Am I going too far?  I'm not being coy, I just don't really see a bright-line difference, just fuzzy gray areas.  Once you cross the Rubicon of saying you're going to cut off or cut out body parts to avoid a disease you will probably get, not to treat a disease you have, I see it as a question of how much you cut before you say it's too drastic.  Maybe we crossed that ages ago when someone cut off a mole they were concerned about.  It's doing something ordinarily unthinkable to minimize the chances of something unbearable.  I'm inclined to say suicide is too far because of my ethical system; but if you told me you were cutting off a hand or a foot to end the pain of arthritis, I wish I knew a better way, but I don't think I'd criticize you.  If you told me you knew you had Alzheimer's and were going to end it all before you became a burden on your wife, I would argue that's too far.  But like I say, I see suicide as too far.

What do you think? 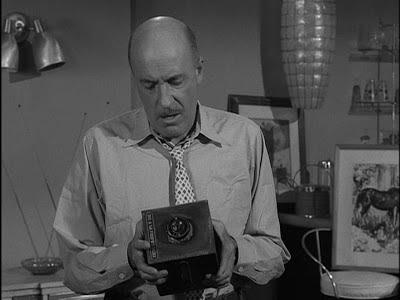