A couple of years ago, a guy named Malcom Gladwell wrote a book, Outliers, based on the premise that to achieve mastery of any skill, all that was needed was 10,000 hours of practice.  As a student of the guitar, that's a pleasant thought.  It means all I need to do is put in my hours of diligent practice and I will turn into a competent player.  Anyone who has ever done any job scheduling knows there's about 2000 hours in a year of full time work, so 10,000 hours is about 5 years as a full time job.  That's a serious commitment, but it holds out the promise that with sufficient dedication, you can get as good as someone whose work you admire in any field.  Mastering guitar, or oil painting or anything else is less a talent you're born with and more a "work ethic" thing.  Nurture instead of nature, if you will.

Like a lot of pleasant thoughts, it seems it really is too good to be true.  It turns out there's just very little evidence Gladwell was right.

Steve Sailer writing in Taki's Magazine looks at the evidence in sports, using The Sports Gene, by David Epstein, as a launching point.


Because it’s impossible to think comprehensively about sports achievement while flinching from the obvious racial and sexual differences, Epstein bravely goes there. Amusingly, he cites numerous sports scientists who demanded anonymity from him before they’ll dare touch the topic.

Epstein, a former college runner, even offers a couple of novel theories of why people of West African descent make the best sprinters. He points out that several of the top Jamaican sprinters, including Usain Bolt (a classic gifted goof), are from Trelawny Parish, historically the home to Jamaica’s largest free community of escaped slaves, the Maroons. Perhaps their ancestors were just tougher, and that’s why they ran away and stayed free for hundreds of years?

Why is it politically incorrect to say that there might be genetic advantages in some groups?  Because it implies that others are not genetically gifted?  That we're not all equal?  The Boston Marathon became one of the most famous races in the world as the popularity of running skyrocketed starting in the 1970s and the race became a huge international attraction.  Is it mere coincidence that since 1988, 25 years, only 2 winners of the men's race have not been either Kenyan or Ethiopian?  92% to 8% is pretty dominant.

It's not just the apparent genetic gifts of that region on the Kenyan/Ethiopian border where these men come from.  Why are most basketball stars black?  Most men have an arm spread equal to their heights.  Black men had wider reach.


Epstein adds that the average African American in the NBA can jump 29.6” versus 27.3” for whites. Combined with the extra inch of reach, that helps explain the preponderance of blacks in a game where the single most important metric is how high in the air you can get your hand. One scientist told Epstein, “So maybe it’s not so much that white men can’t jump. White men just can’t reach high.”

The article has several stories like this, and the links are full of more details.  So while it's true that, as Gladwell said, "within a group of talented people, what separated the best from the rest was how long and how intently they worked." haven't we always known that?  And isn't it also true that within a group of equally hard-working people what separates them is how talented they are?  Sailer includes this salient quote:


Seriously, is it so hard to consider nature and nurture simultaneously?

From all of my observations in life, I've always thought the answer to "nature or nurture" was "both".  This bears it out.

There's a famous story about a rejection letter a writer once received. Maybe it's just a story, but I'll always remember it.  The editor rejecting the manuscript wrote, "Your work is both original and excellent, however the parts that are original aren't excellent and that parts that are excellent aren't original".  Maybe that all applies to Gladwell's Outliers. 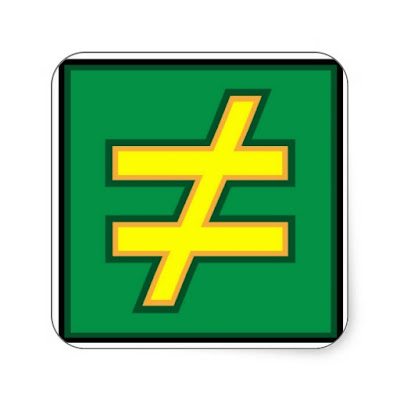