The recalls in Colorado were a success, and the gun control nuts are all butt-hurt.

That makes me smile and feel all warm inside.

They keep lying about the nature of the recall, lying about who started the process by claiming the NRA started it, and lying about the funding by saying grass roots activists put up anywhere near what Bloomberg put up.  Dave Workman, the Seattle Gun Rights Examiner, says


That statement is a lie and they know it. The NRA didn’t start the recall effort, but certainly jumped in with financial support and no doubt helped energize gun owners to vote. The Moms group doesn’t say a word about the $350,000 reportedly spent by Bloomberg to oppose the recall. By some estimates, anti-gunners out-spent recall proponents about 7 to 1. [emphasis added - SiG]


Astroturf hates Grassroots. It represents all they want to be but can’t. They are genetically Modified Political Organisms in Ultra-Lib parlance….which would make Michael Bloomberg the Monsanto of Politicians.

Such epic levels of butt-hurt....  That awful little fascist prick Bloomberg throwing away money, it does my heart good. 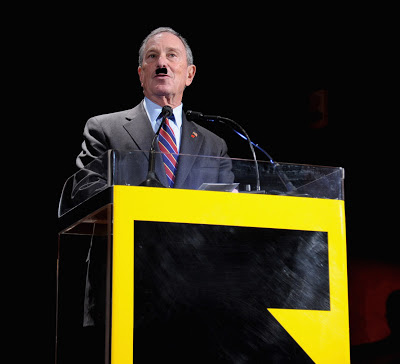