From The Blaze we learn of some market shenanigans accompanying the Fed's announcement that they would not start cutting back bond purchases.


The Fed made the announcement at precisely 2:00 p.m. EST, “as measured by the national atomic clock.”

While the Fed is far more open than it was in the old days under Paul Volker, they keep these details secret until they're openly released to the press.  Since the market will move a thousand bucks on whether Ben Bernanke looks like he had a good bowel movement, this is very important information.  Reporters were indeed briefed, but kept under embargo until the deadline, and they won't openly defy the embargo because they don't want to get busted out of having that place with the insiders.   But seven milliseconds?


...he saw simultaneous reactions to the Fed's announcement last week in trading in New York and Chicago. That would be theoretically impossible if the information was released from the Fed's headquarters in Washington. In theory, the trading reaction should have begun in New York several milliseconds before it began in Chicago, because information takes several more milliseconds to travel the longer distance.

"The very first thought I had when I looked at this closely was this is a low latency service," Hunsader said. "We have just very recently looked closely at some of these low latency releases and seen that they are indeed at the same exact millisecond. We have immediate history behind it."

Mother Jones points out that the distance from Chicago to DC is at least 9 milliseconds at the speed of data on a fiber optic cable so it's not that the Fed released the information and it propagated to Chicago.  When you think about the inherent human differences, simultaneous trades can't possibly happen on the same millisecond.  If two people sit beside each other and count down with the same clock agreeing to hit "ENTER" to execute a trade at the same time, they probably couldn't make the same millisecond.  This can only mean all these organizations had the information ready in their computers programmed to execute at the exact same time. 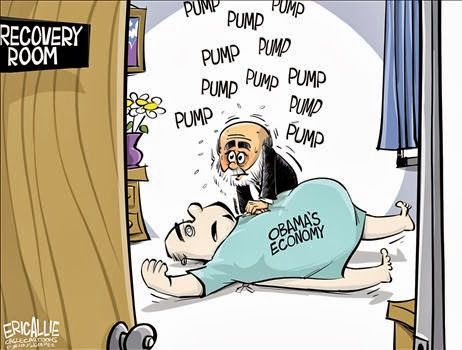 The Fed is looking into this.  Will anything happen?   If it suits them.  Will anything happen about the high frequency trading?  I don't think so, but this seems to lean toward making it more likely.  A lot of people are alarmed about this trading trend, but I haven't really been alarmed by it; a little concerned but not really alarmed. I might have to reconsider that a bit.