None Some Dare Call It Treason

I know I've said this before, but not a week goes by that I don't see or hear things that I never thought would happen in my country.


Treason against the United States, shall consist only in levying War against them, or in adhering to their Enemies, giving them Aid and Comfort. No Person shall be convicted of Treason unless on the Testimony of two Witnesses to the same overt Act, or on Confession in open Court. [Emphasis added: SiG]

In particular, in supplying arms to the rebels we are supporting in Syria - just like the ones we armed in Libya - we are providing aid and comfort to our enemies.  The Muslim Brotherhood is our enemy.  Al Qaeda is our enemy.


"...yet last night the President of the United States asked this country to back military action where our coalition would be made up of the Muslim Brotherhood and Al Qaeda,” Glenn said...[Note: Glenn Beck from 9/11/13 radio broadcast]

The president himself said,


Why should we get involved at all in a place that's so complicated, and where -- as one person wrote to me -- "those who come after Assad may be enemies of human rights?" It's true that some of Assad's opponents are extremists.

That part of the Constitution quoted above is also pretty clear that a charge of treason has to have two witnesses.  Since the president has been very clear about all of his support for these rebels, as well has having Muslim Brotherhood in the White House many times, there are millions of witnesses.

Beck closed that radio piece on the president's treasonous behavior with this:


“Healthcare is one thing,” Glenn concluded. “But siding on the side of Al Qaeda — and being asked to do it on the eve of September 11th — is a whole different ball game,” he concluded. 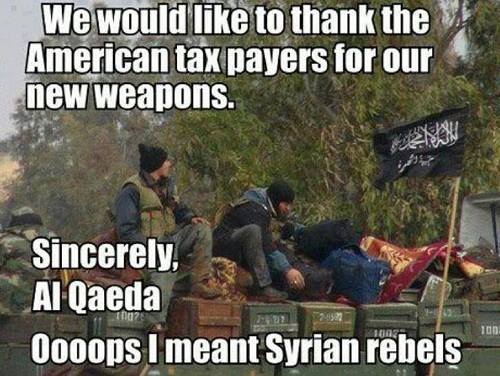