The Apollo program ended with the conclusion of the flight of Apollo 17 in December of 1972.  Some wrap up and clean up activities took place after that, but the flight portion of Apollo ended almost 41 years ago.  Strange, then, that in the last few years, an experiment that the 17 mission left on the moon and which operated for a mere 620 hours, has emerged that seems poised to change our view of the moon.

There are storms on the moon.


The next time you see the moon, trace your finger along the terminator, the dividing line between lunar night and day. That's where the storm is. It's a long and skinny dust storm, stretching all the way from the north pole to the south pole, swirling across the surface, following the terminator as sunrise ceaselessly sweeps around the moon.

Never heard of it? Few have. But scientists are increasingly confident that the storm is real.

The final mission to the moon carried an experiment package called LEAM, the Lunar Ejecta And Meteorite experiment.  Apollo-era scientists wanted to know, how much dust is ejected by daily meteorite impacts? And what are the properties of that dust? LEAM was to answer these questions using three sensors that could record the speed, energy, and direction of tiny particles: one each pointing up, east, and west. 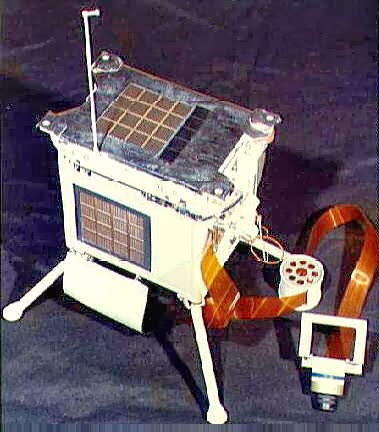 LEAM's four-decade-old data appear to show a "large number of particles every morning, mostly coming from the east or west--rather than above or below--and mostly slower than speeds expected for lunar ejecta."  The results are now being reexamined by several independent groups of NASA and university scientists, who are tentatively concluding the particles were from electrostatically-driven dust storms.  Interestingly, Apollo astronauts may have seen the storms, too. While orbiting the Moon, the crews of Apollo 8, 10, 12, and 17 sketched "bands" or "twilight rays" where sunlight was apparently filtering through dust above the moon's surface. This happened before each lunar sunrise and just after each lunar sunset. NASA's Surveyor spacecraft also photographed twilight "horizon glows," much like what the astronauts saw.  There's even speculation that Transient Lunar Phenomena, which both professional and backyard astronomers have been reporting since the 1500s, could be these dust storms.

There's new importance in this 40 year old data because several nations (Russia, China, and India for example) have announced plans for manned moon flights.  Some have talked about staying for long periods, and building habitats rather than just coming back after a few days.  NASA has talked about such a mission in 2018.  It may turn out that mining the Helium 3 on the moon for energy production could be the first, big economic incentive for space flight there has ever been.  The wall of dust, if it exists, might be diaphanous, invisible, harmless. Or it could be a real problem, clogging spacesuits, coating surfaces and causing hardware to overheat.