With apologies to the singer Rockwell who sang that refrain in an '80s chart topper...(what I always referred to as "The Cocaine-Induced Paranoia Song")

While everybody is justifiably talking about the NSA monitoring programs, maybe it doesn't occur to you that imaging satellites are big business.  Google Earth anyone?  A lot of those images, especially the really high resolution ones, are taken by hiring small planes to survey areas, but many are taken by satellites. Currently, the US limits satellite images sold to private consumers to half meter resolution.  Companies like DigitalGlobe provide images at this scale for sale to private customers.  They're also rumored to have higher resolutions that are only sold to the US government.

Another change slipped by without notice last week: DNI Clapper (Director of National Intelligence) recommended that the limit be reduced to half that - quarter meter resolution.  The idea is to make US companies more competitive in the global satellite imagery business.  DigitalGlobe doesn't compete with the NRO, they compete with French, Chinese, and other companies - just listen to the news chatter about the missing MH370 and the constant refrain of "French Satellites images show"... When the half meter, 50 cm, resolution limit was imposed, it was considered a dream goal; that the commercial budgets would never get there.  Today, there is a privately owned platform that achieves 41 cm resolution, and DigitalGlobe is said to be preparing to launch a satellite that will get them to 31 cm resolution.


DigitalGlobe’s newest satellite, WorldView 3, is scheduled to launch this August. The new satellite will fly at an altitude of 617 km, and provides 31 centimeter panchromatic resolution, 1.24 meter multispectral resolution, and 3.7 meter short-wave infrared resolution. That lower, official, resolution is why DigitalGlobe wants the White House to move as quickly as possible.

It's worth spending a moment on just what this means.  The limit they're talking about is cm is over 9 3/4 inches, and that means two adjacent objects must be that far apart to be resolved as different.  "Resolved" has a rather specific meaning in optics and in this case it doesn't mean you could read, say, 10" tall numbers, or see a 10" long object that wasn't also 10" inches wide.  A 10 x 10" black number on a white background would show a single dark pixel with lighter ones around it.  If you had a 20" AR, for example, on a bench that was three or four feet long and wide, at best it would simply show two pixels as being slightly darker than an adjacent one.  My gut feel is it wouldn't be visible, though, because the 10" applies to length and width.  A 10" long black rod on a white background wouldn't show up.  While a carbine length AR is longer than that new satellite resolution, I still don't think it shows up because it's too skinny.  All your life, you've probably heard "they can read license plates from space".  This doesn't get you there.  You need about 1" resolution for that.

A friend who saw this story said, "just look up and wave".  A satellite with 25 cm resolution might know there's something there, but wouldn't be able to tell it's a person and wouldn't know you were waving.  That's still some years in the future. 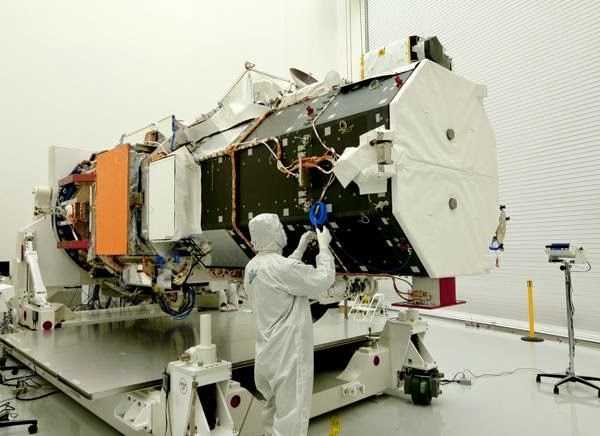