How did the undersized vehicles look when flipped? "Like they are dachshunds sitting up on their hind legs."

In the old days, Volkswagen beetles were the car kids did rude things to.  You'd regularly see stories about them being moved into impossible positions to drive out of, or carried off.  Although I never did anything malicious, I was one of a group of six high school seniors who picked one up and carried it out of a bad patch of sand it was stuck in.  It was spring break and it was how 18 year olds tried to impress college girls... 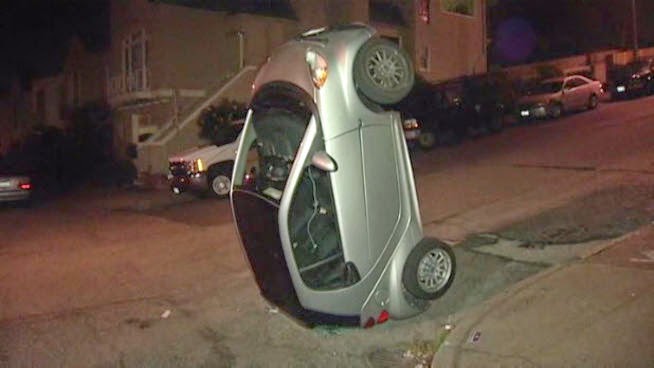 Actually, this one is pretty benign.  In several of the pictures the cars look like they were damaged too badly.

Kind of the San Francisco version of cow tipping.  Now that it's made the news, expect to hear of it happening more often.