From Dana Loesch of the Blaze, as a guest on Megyn Kelly's show (H/T ENDO):


If these cattle were people and they were here illegally.. the department of justice would be running guns to them and the department of homeland security would be driving by with free government phones and EBT cards, but now that they’re cattle they are actually rounding them up and killing them.

Me, I've been pondering that Fed.gov can put hundreds of heavily armed BLM agents on the ground over a rent dispute, with drones high above, helicopters at mid-level, and snipers on the hills, but they can't get off their asses to do a frackin' thing while an ambassador gets raped, mutilated alive and murdered, and two years later there is no official responsibility for how he got hung out to be killed (as if we don't know who it was)  and nobody has had so much as a bad performance review, or a letter left in their personnel file.

Count me among the folks thinking this is far from over.  I think this whole exercise has been the equivalent of driving a humvee through Falujah to draw fire and see where the insurgents are.  They did this to see what kind of response it gets, monitor communications capabilities among the militia, look at logistics issues, deployments, and the reconnaissance they could get on what sort of resistance to expect.  FWIW, Oathkeepers is reporting that various insiders tell them the BLM is planning a raid on the Bundy home.


Not only is the BLM not actually backing off of Cliven Bundy, Sheriff Richard Mack of the Constitutional Sheriffs and Peace Officers Association has revealed stunning information: on Ben Swann’s radio program, Mack said that he has received intelligence from multiple, credible sources inside the BLM and the Las Vegas Metro that there is “no question” that the federal government is planning a raid on the Bundy home and the homes of their children who live on the property.

As Sheriff Mack says in that interview, it's hard to imagine such a raid being accomplished without bloodshed. 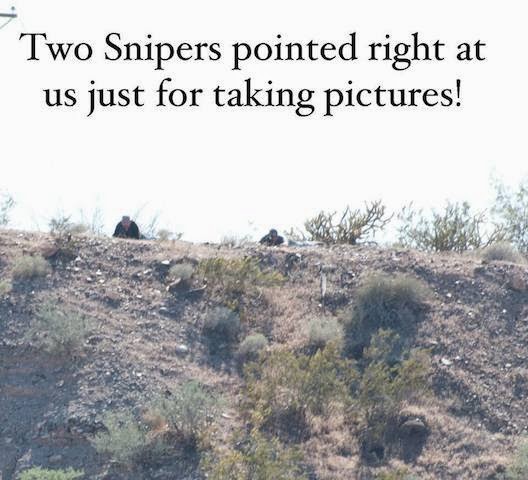