The Long Florida Nightmare is Over

The long recount nightmare is over, and it's not quite two weeks since it started.

Today, Matt Caldwell (R) conceded the election for Agriculture Commissioner to Nikki Fried (D) - I honestly don't know if that's pronounced "Freed", like set free, or "Fried" like fried chicken.  The Orlando Sentinel says in that linked article that Caldwell was the only statewide GOP candidate to lose.

All I really had against her could be summed up in a description that's easy to put together out of her campaign website: "she's a liberal, activist, big city lawyer".  In her campaign, Fried promised to make the focus of her administration pushing medical marijuana and opposing the NRA.  I don't think her office has anything in particular to do with the state's medical marijuana law that was passed two years ago, and as close as she can get to the mythical NRA liberals complain about is that her office manages the concealed carry licenses for the state.  I'm not sure how badly she can screw it up, but I have confidence she can find a way.

I assume you heard that over the weekend, the recount of the state's governor's race changed the margin between Ron DeSantis and Andrew Gillum by one vote.  Gillum conceded for the second time on Saturday.

And in what was probably the most talked about race, Governor Rick Scott maintained enough lead over incumbent Senator Bill Nelson that Nelson conceded for the second time on Sunday.  Bill Nelson was a lifer in elected office, starting his career as a state representative in 1972.

While I view the governor's race as the one with the largest impact on my day to day life as "a Florida man", the Agriculture Commissioner's office has a lot of responsibilities beyond agriculture and those aspects could impact daily life.  They're officially called the Florida Department of Agriculture and Consumer Services.  In addition to the concealed weapons license, they're responsible for checks on weights and measures, including grocery store scales and gasoline pumps, and they support agriculture, forestry, water quality and more. 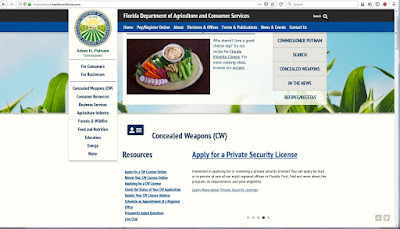 The sense of dread emanating from Broward and Palm Beach counties is starting to fade away, and I'm starting to feel as comfortable as on election night, before the Wednesday when it all went sideways.  Sigh of relief.