How Can You Tell When A Politician is Lying?

You know that old joke: his lips are moving.  And what do you get when you create a giant group of politicians "working" together?  A government.  As surely as deductive logic follows, how do you know when a government is lying? ...

Earlier this week, it was leaked that congress is looking at new ways to calculate inflation.  You can bet the goal will be to minimize the inflation reported.


If adopted across the government, the inflation measure would have widespread ramifications. Future increases in veterans’ benefits and pensions for federal workers and military personnel would be smaller. Over time, fewer people would qualify for Medicaid, Head Start, food stamps, school lunch programs and home heating assistance.

Taxes would go up by $60 billion over the next decade because annual adjustments to the tax brackets would be smaller, resulting in more people jumping into higher tax brackets. Annual increases in the standard deduction and personal exemptions would become smaller.

I have reported before, as have thousands of others, that the Bureau Of Labor Statistics does not calculate inflation as it did until the 1980s.  The best known example is that the CPI core inflation does not include food and energy expenses - the most important numbers to the consumer (what's more important than feeding your kids and keeping your lights on?);  a lesser known fact is that their method relies on something called Hedonics, which discounts the cost you pay based on the perceived "pleasure" you get out of it.  In the case of your electronics, as the often cited example goes, you may pay a little more that computer you just bought, but it's twice as fast as its predecessor, so you really saved money on it.  In March of this year, the President of the New York Federal Reserve almost got himself made into soup for telling an audience just that.

John Williams at Shadowstats.com make a nice living keeping track of what the government says and running a bullshit to English translator on it. For example, the current reported inflation rate is less than 4%, while the actual number is more like 11%!

The new method being proposed is called the Chained Consumer Price Index.  Proponents argue that it more closely shows the effects of inflation on individuals; for example, if beef goes up in price while chicken doesn't, people will "eat mor chikin".  They neglect to tell us what happens in the current situation - where the price of everything goes up. 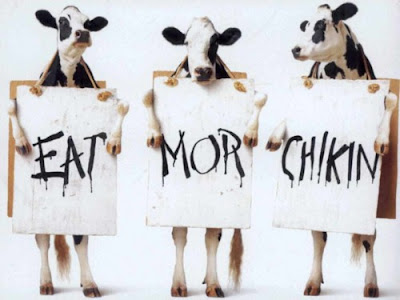 We read last week to expect peanut butter prices to go up by as much as 40% in a few weeks.  That's extreme, but Business Insider is reporting inflation of around 9% this year, on their shopping basket average.

It's not just the cost of living they want to distort.  The government proposes a new measure of poverty  which, economists argue, is a better measure of income inequality than poverty.  There's a distinction there: if you live next door to Bill Gates, you might well be a millionaire and not poor in anyone's eyes, but you have less income than Bill.


... the new tool measures income inequality not purchasing power. Or, as Rector put it, “The old measure told us how much one household can purchase; the new measure tells us how much one person can buy relative to others.” [emphasis in original]

That’s convenient for a government that wants to pursue a redistributive agenda. Call those who are less well off “poor” and people will be far more supportive of programs to aid them. In general, folks agree that poverty is a problem. But, the prevalence of Occupy Wall Street protesters aside, not everyone assumes income inequality is. If everyone in the U.S. was a millionaire or billionaire, income disparity would still exist — but poverty wouldn’t.  [emphasis added]

What is, perhaps, saddest about these figures is that it obscures the picture of true poverty — both in the U.S. and in the world. Like so much of this administration’s rhetoric, it encourages class envy and tends to inspire dissatisfaction with what actually amounts to a pretty decent standard of living among some who qualify as “poor” by the government’s measures.  [emphasis added]

In summary, it appears our government's response to inflation is to: (1) distort the numbers that show how bad it is, which will cut COLA increases to seniors on social security and military veterans, and (2) try to create enough envy to engender class hatred and perhaps feed the OWS attempt at open source civil war.

at tip to Bayou Renaissance Man for the ideas leading to this.
Posted by SiGraybeard at 9:49 PM