If You Ever Needed Proof The EU Technocrats Are Insane

How about the unelected Brussels technocrats banning claims that water can prevent dehydration.  While there might be medical conditions that can cause dehydration no matter how much is consumed, this is completely insane.


Producers of bottled water are now forbidden by law from making the claim and will face a two-year jail sentence if they defy the edict, which comes into force in the UK next month.

Last night, critics claimed the EU was at odds with both science and common sense. Conservative MEP Roger Helmer said: “This is stupidity writ large.

“The euro is burning, the EU is falling apart and yet here they are: highly-paid, highly-pensioned officials worrying about the obvious qualities of water and trying to deny us the right to say what is patently true.

“If ever there were an episode which demonstrates the folly of the great European project then this is it.” 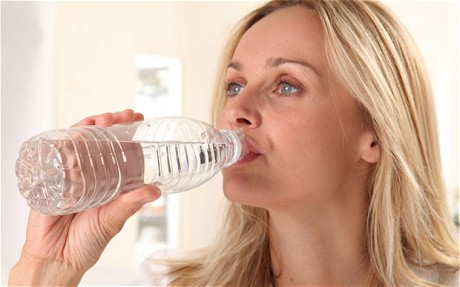 From the Telegraph.  I'm torn on whether to post this one: it's so completely batshit insane it is either true EU bureaucrats or a satire.  But isn't the fact that I can't tell partly the point?
Posted by SiGraybeard at 9:00 PM