Battle Lines Have Been Drawn

There's battle lines being drawn
Nobody's right, if everybody's wrong.
- "For What It's Worth", by Steven Stills, for Buffalo Springfield, 1966

The battle lines for the presidential campaign have been set.   It has been obvious to me for quite some time that the president was going to ditch 2008's optimistic, "hope-y change-y" message and go straight class warfare.  You get the president channeling Elizabeth ("Princess Low Cheekbones") Warren's specious "nobody is successful on their own argument" (H/T Kerodin's III Percent Patriots).   You get the president raising taxes on those making over $200,000 per year.  You get the attacks on Romney's tenure at Bain Capital, as an "outsourcer".  Romney's campaign has issued an "I know you are but what am I?" response and the short trip to the gutter is underway.  Everybody's wrong.

Both sides ignore the truth at the heart of this.  Companies don't outsource because they're mean and hate their US employees.  Companies primarily outsource because the total business climate is beneficial.  The regulatory environment - the total cost of doing business is cheaper over there.  The party really responsible for massive amounts of manufacturing outsourcing isn't the asset management company, or the managers of the company shipping the jobs.  The responsible parties are the governement  regulators who raise the costs and hassles of doing business to unbearable levels.   In some cases, large multinational companies outsource because of a contractual requirement.  To sell into some countries, those countries require a percentage of work done there.  Politics is at the root of outsourcing.

Politics causes outsourcing, and politics might be able to fix it, too, if they realize they're at fault.  Or if we beat them into it. 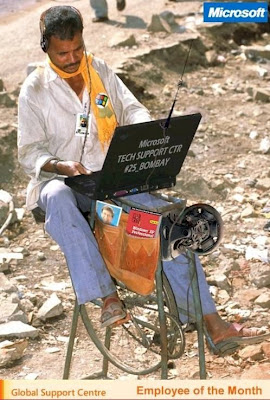