Heritage Foundation is reporting that in a largely-unreported executive order, the administration has nullified the Welfare Reform law in place since the Clinton years.


The imperial Presidency has overturned Congress and the law again. Not content to stop at rewriting immigration policy, education policy and energy policy, yesterday, President Obama’s Department of Health and Human Services (HHS) released an official policy directive rewriting the welfare reform law of 1996. The new policy guts the federal work requirements that were the foundation of the Clinton-era reform.

This is not new ground for a president that decided not to enforce existing federal law, the Defense of Marriage Act, or to sue states for enforcing other federal laws: Arizona over immigration, Florida and Texas over attempts to ensure voters are eligible.  An administration that couldn't get cap and trade passed, so it instructed EPA to regulate CO2, and shut down coal production in America.


Welfare reform replaced the old Aid to Families with Dependent Children with a new program, Temporary Assistance for Needy Families (TANF). The Heritage Foundation played a pivotal role in building bipartisan consensus for the reform and providing many of the recommendations that became part of the law. The whole point was that able-bodied adults should be required to work or prepare for work as a condition of receiving welfare aid.

This reform was very successful. TANF became the only welfare program (out of more than 70) that promoted greater self-reliance. It moved 2.8 million families off the welfare rolls and into jobs so that they were providing for themselves. Child poverty fell, and single-parent employment rose. Recipients were required to perform at least 20–30 hours per week of work or job preparation activities in exchange for the cash benefit.

Now, Obama’s HHS is claiming that it can waive those work requirements that are at the heart of the law, and without Congress’s consent.

The TANF was successful so it must be de-clawed, if the goal is to get more people dependent on the government and destroy the taxpayers who support them; if the goal is to bankrupt the US.  I take that back - we're way past bankrupt: we're $16 trillion in debt.  TANF must be destroyed if the goal is to collapse the US.  It goes with virtually every policy we see come out of Washington.

In the movie "2016: Obama's America", Dinesh D'Sousa fills out a hefty portion of meat on the bones of the thesis he laid out in his book, "The Roots of Obama's Rage".  As an Indian immigrant to the US, D'Sousa recognized the virulent strain of anti-colonialism that runs through Obama and his hand picked cronies (perhaps the cronies picked him - it matters not).  It's a view that sees America as a 250 year old problem in the world, and not the 5000 Year Leap most of us see.  The simple solution is to destroy the US - or at least bring it down to a basket case that can't project power into the world any longer, leaving the Mideast ripe for the caliphate desired by the Muslim Brotherhood (now systematically taking over the Mideast and building that caliphate) and allowing the smaller powers to kill each other as much as they have wanted to.

There's a saying I heard in a science class ages ago, that a theory is good when it explains all available evidence and allows you to predict accurately what is going to happen next.  By that argument, Dinesh D'Sousa's theory that President Obama is an anti-colonialist bent on taking down the US is a good theory.  It explains everything we see, and allows us to predict every action the president will take. 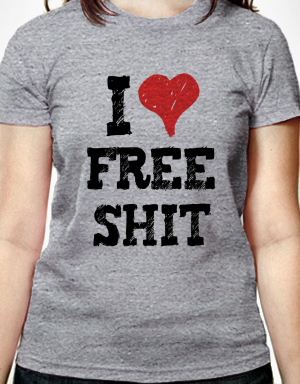