What I Think is Coming

As a followup to last week's post "What Do You Think is Coming", I offer this piece by Victor Davis Hanson, "California: The Road Warrior is Here".  I would offer a quote or two, but there is so much jaw dropping dystopia in there that I think you should just go read the whole thing.  A bit long, but worth it.  H/T to WSRA.

A while back, I wrote about what I thought might be coming.


I believe the most likely scenario is an economic collapse like Ferfal (Surviving in Argentina) describes here (I've highlighted things that I believe I've already seen in my travels):


If lucky you’ll still live in that same house, Main Street will still be called Main Street, kids will still go to the same school, with a bit of luck and hard work you’ll keep your job… but employees may have to accept a 20% reduction in salary so as to save the company.  Your kid’s school will have fund cuts and some classes may be canceled, the infrastructure may suffer for lack of maintenance due to low funds. The school quickly looks dirty, clearly needing some paint and repairs. As time goes by Main street is full of holes and no ones patches them. Stuff at Walmart is now more expensive. Little by little the packages, cans and bottles start getting smaller (yet the price is higher than before) , you see less and less of those mega super value 50 unit packs. There’s less variety too, they no longer import or produce locally the expensive brands anymore. Too expensive to do so. Crime is getting worse too. Home invasions in towns where it had never happened before, even people getting kidnapped. As more senseless violent crime becomes more common and criminals realize that the poorly paid police, with not enough patrol cars, not enough gas and not enough manpower is just a shadow of what it once was, armed robbery slowly becomes a fact of life across America, and those that don’t want to accept it suffer the consequences.

I don't think it's much of a stretch from this to what VDH says is currently happening. 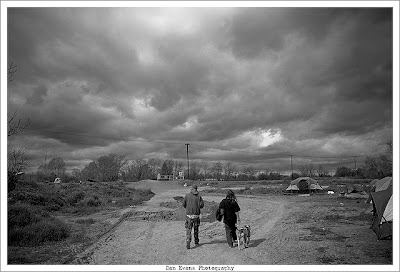