As in the wake of the Gabby Giffords shooting, the Evil Party has decided to attack the tool and not the user, as they always do.   This time they're not directly offering another AWB or other law by itself, but using more slimy, underhanded methods, such as putting a "high capacity" magazine ban onto a cybersecurity bill, S.A. 2575.

Note the bold that I added.  That means they don't intend to grandfather in the hundreds of millions of magazines that would become illegal.  I don't need to tell you that these are the normal, factory standard capacity magazines on everything bigger than a pocket pistol.  So they intend to make you throw all of your magazines into the landfill.  And make the already max'ed out production lines of the gun companies retool for lower capacity.  Sheer madness.

Or, as I said back then: 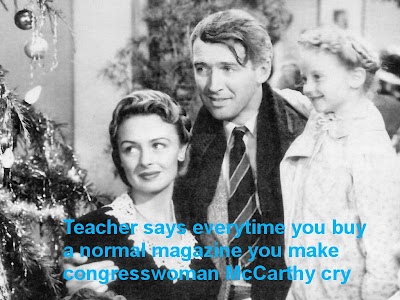 Joe Huffman of The View From North Central Idaho had a great article on this topic back then, and is worth reading again.  Likewise Larry Correia had an excellent overview article this week.  And contact any senators whom you might think would get suckered in by this.  Expect more of this - expect them to put something into every bill.  Where's an obstructionist when you need one?