Gizmodo reports this week about a new remote detection system that will be able to detect "interesting" chemicals on your body from over 160 feet (50 meters).  The system is said to work on Terahertz radiation; a part of the electromagnetic spectrum where the techniques lean toward optical approaches rather than conventional radio.  It appears to be an infrared laser spectrometer system, like other systems that are showing up (this last one in Russia).


From traces of drugs or gun powder on your clothes to what you had for breakfast to the adrenaline level in your body—agents will be able to get any information they want without even touching you.

TSA - the DHS - has already contracted for these systems from a company called Genia Photonics, under contract to another company, In-Q-Tel, a company founded "in February 1999 by a group of private citizens at the request of the Director of the CIA and with the support of the U.S. Congress."  This is one of those private sector/fed.gov joined-at-the-hip relationships we read about.

Particularly interesting (or ominous) is this factoid:


The machine is ten million times faster—and one million times more sensitive—than any currently available system. That means that it can be used systematically on everyone passing through airport security, not just suspect or randomly sampled people.
...
Meanwhile, In-Q-Tel states that "an important benefit of Genia Photonics' implementation as compared to existing solutions is that the entire synchronized laser system is comprised in a single, robust and alignment-free unit that may be easily transported for use in many environments… This compact and robust laser has the ability to rapidly sweep wavelengths in any pattern and sequence."

On the one hand, if it were limited to current TSA installations, it sounds better than the extended TSA Molocaust  and general douchbaggery we see everyday, but on the other, In-Q-Tel doesn't talk about false alarm rates, or other problems that always exist in sophisticated systems - and you can bet they won't.  You know these systems will produce false positives, getting innocent people pulled over,  false negatives, letting people with "contraband" pass, and the boxes will fail.  The systems are expected to be showing up in airports as soon as next year.


Going well beyond eavesdropping, it seems quite possible that U.S. government plans on recording molecular data on travelers without their consent, or even knowledge that it's possible—a scary thought. While the medical uses could revolutionize the way doctors diagnose illness, and any technology that could replace an aggressive pat-down is tempting, there's a potential dark side to this implementation, and we need to shine some light on it before it's implemented. 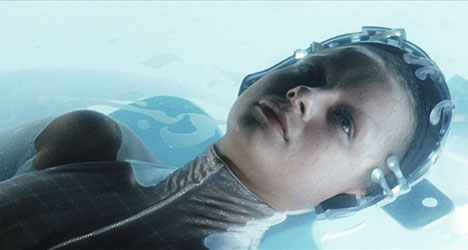 But what are the chances this will be limited?  The ruling class will be unable to resist a toy like this.