A Simple Guide to Understanding Bureaucracies

Bureaucracies like the fed.gov and corporations have similar behaviors in times of trouble.  An excellent example is the death of ambassador Stevens and the other three men he was with in Libya.  DC has gone into full coverup mode and bureaucrats of all types are diving for cover, trying to avoid being thrown under the bus.  (Note: haven't they learned anything in the last few decades about the coverup being a bigger problem than the problem was?)  I don't want to get into the trails of lies, the charges and counter charges and all of that.  Go read a real news source for that.  I want to go on a different route, as usual.

Think of how general relativity models space-time as a huge rubber sheet.  The sheet is deformed by planets, stars, black holes - and the bestiary of astronomy.  This one is being deformed by gravity waves spreading out from a central event. 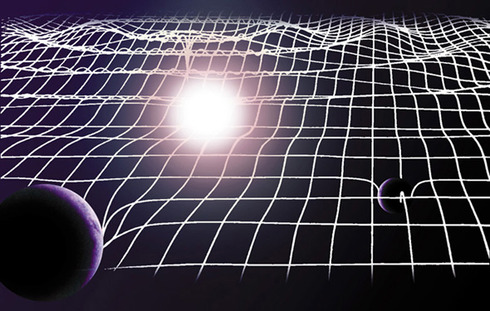 Blame density can be modeled as the rubber sheet upside down, the way an electromagnetic field or other spin-zero field is modeled by physicists.  Each of these peaks in blame density is called "being responsible";  bureaucrats never want to be on one of these peaks because it can lead to the condition known as "fired". 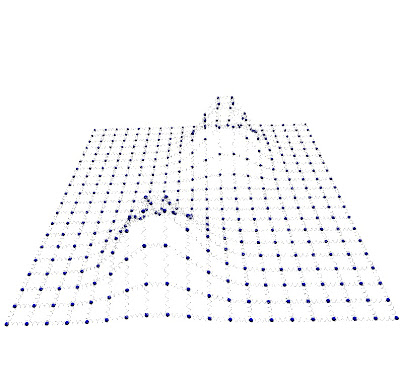 In the absence of things that cause blame to concentrate, this is a flat, uniform surface.  Once peaks begin to form in the blame density, government workers or bureaucrats (but I repeat myself) try to flee the peaks and get back to blame-neutral space.  This is why the congress hasn't passed a budget in three years - no blame can be assigned.  Conversely, it's why they pass resolutions to praise or condemn things that are completely non-controversial.  Nothing to be blamed for.

If you work in manufacturing, you have very probably heard of the ISO-9000 family of specifications that manufacturers are being forced to adopt.  These can also be explained in terms of reducing peaks in the blame density function.  Think of it this way: by creating procedures for the everything the company does, you keep the individual worker from deciding how to do things; the stated purpose of these quality systems is to reduce variation, which comes from different workers deciding differently.  The usual, cynical comment you hear is "it takes 30 people to get something moving but only one to stop it".  The one who stops it is generally afraid of being on a peak of blame density.  If everyone follows the procedure but the product fails, no one gets blamed.  The procedure gets changed.

This is how you get a situation where the negligence of someone in the state department gets a group of men murdered and nothing happens.  Or the negligence of a SWAT team raiding a wrong house and innocent people being hurt or killed.  If you or I neglected to do something on our property, perhaps not covering up a hole where we're working in the yard, and someone was killed in it, we would get charged with manslaughter.  Whomever it was in the State department that got these men killed won't be.  You can bet on that.  They have a procedure they were following.

Credit where due, this is not my original concept.  When I was a larval engineer at Major SE Defense Contractor, an older systems engineer explained it to me.  He would probably not like to see his name mentioned in this place.