Obama to Release the Blind Sheik?

Reports are circulating that the so-called blind Sheikh, Omar Abdel Rahman,  convicted as the mastermind of the 1993 World Trade Center bombing, is going to be released to Egypt before Obama leaves office - one way or the other.  First reported about 2 weeks ago by Glenn Beck on the Blaze, the possibility has been talked about by insiders like Andrew McCarthy at National Review since last Spring.


The Arabic-language newspaper al-Arabiya reported on Tuesday (note: last March - SiG) that the Obama administration has offered to release Sheikh Omar Abdel Rahman to Egypt. Abdel Rahman is the infamous “Blind Sheikh” who was convicted in 1995 for masterminding a terrorist war against the United States that included the 1993 World Trade Center bombing and a plot to bomb New York City landmarks. According to the late Osama bin Laden, al-Qaeda’s founder, Abdel Rahman is also responsible for the fatwa — the necessary Islamic edict — that green-lighted the 9/11 attacks.

Egyptian president Morsi has declared "I will do everything in my power to secure freedom" for Sheikh Rahman.  For "humanitarian reasons".  He's old, you know.  Infirm.  Not long for this world...


“We want his family to be allowed to visit him and to serve his sentence in Egypt as part of a prisoner swap between Egypt and the United States,” Morsi said, according to the official MENA news agency.

I will note that the six people who died in the WTC bombing didn't get to visit with their families one last time, and didn't get to say their good-byes. 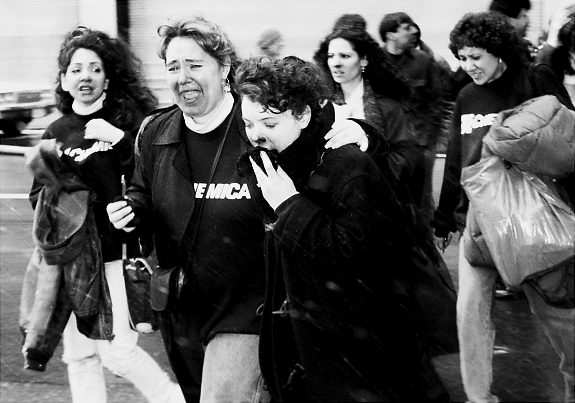 For the official record, the White House denies the rumor, but if al-Arabiya is right, the administration opened talks about the deal.  The Blaze reports:


The Blind Sheikh is the former leader of the radical “Islamic Group” in Egypt, which now holds 13 seats in the Egyptian Parliament. The Obama administration recently hosted a member of the designated terrorist organization at the White House named Hani Nour Eldin. Eldin met with senior State Department and Obama administration officials and reportedly urged the National Security Council to consider Rahman’s release from U.S. custody.

It's puzzling just who President Morsi is proposing to swap for Rahman when he talks "prisoner swap".  Early reports speculated it was for Transportation Secretary Ray Lahood's son, Sam, who was briefly held by the Egyptian government but released in early March.  That the administration would release a convicted terrorist in some sort of move to gain favor in the region is as surprising as sunrise coming in the morning.