CBS reporter Lara Logan seriously blasted the administration last week.  H/T to "The Yid With a Lid" for the story and link to (I'm not making this up) The Chicago Sun-Times:


Her ominous and frightening message was gleaned from years of covering our wars in the Middle East. She arrived in Chicago on the heels of her Sept. 30 report, “The Longest War.” It examined the Afghanistan conflict and exposed the perils that still confront America, 11 years after 9/11.

Eleven years later, “they” still hate us, now more than ever, Logan told the crowd. The Taliban and al-Qaida have not been vanquished, she added. They’re coming back.

“I chose this subject because, one, I can’t stand, that there is a major lie being propagated . . .” Logan declared in her native South African accent.

The lie is that America’s military might has tamed the Taliban.

Lara Logan, if the name doesn't quite ring a bell, is the CBS reporter who was savagely beaten and sexually assaulted in Tahrir Square while the Muslim Brotherhood was celebrating their victory deposing Hosni Mubarak.  She has been covering events in the Mideast for a many years and has seen them up close in a way the vast majority of her colleagues have not. 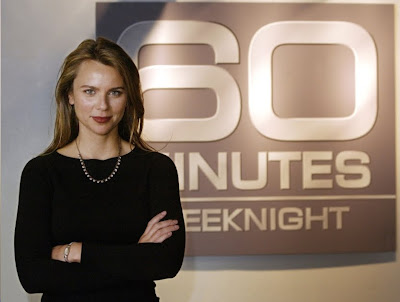 Logan dropped out of the usual CBS role of Obama cheerleader to level what she really thinks is going on:


She made a passionate case that our government is downplaying the strength of our enemies in Afghanistan and Pakistan, as a rationale of getting us out of the longest war. We have been lulled into believing that the perils are in the past: “You’re not listening to what the people who are fighting you say about this fight. In your arrogance, you think you write the script.”

Our enemies are writing the story, she suggests, and there’s no happy ending for us.

There's a famous quote attributed to LBJ about the Viet Nam war, “If I’ve lost Cronkite, I’ve lost America.” We can safely assume Ms. Logan doesn't have Walter Cronkite's standing in the world of broadcast news, but maybe losing her is approaching losing CBS as an organization.