The National Shooting Sports Federation posted a very dramatic look at year by year NICS background checks for January to July over the last decade.  I think it's a good period to look at because last January was immediately after the Sandy Hook shooting, and the air was thick with talk of ramming through new gun control laws. 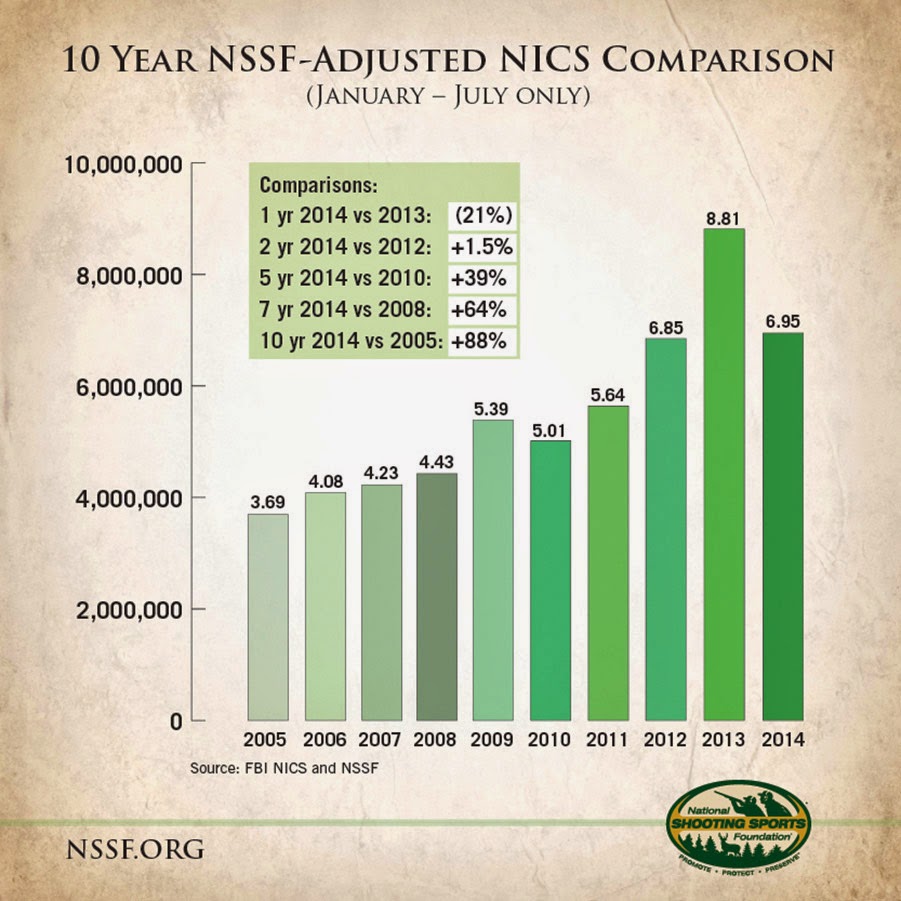 While you can lose money and go out of business selling guns, with two exceptions, 2010 and this year, the number of NICS checks has increased every year since '05 .  The first seven months of this year are the highest sales level in the decade, except for last year.  Bear in mind that the gift giving season is ahead - Black Friday has been a hot day for gun sales lately - and the industry traditionally expects more gun sales this time of year for hunting season. Personally, I'm getting email sales offers for ammo at prices I haven't seen since '10 or '11.

For those who are new to this data, the NICS system is the criminal background check that all retail gun sales go through.  NSSF adjusts this background check data from the FBI's National Instant Background Check System data to remove non-sales activity such as background checks conducted for concealed carry permits. This results in NSSF-adjusted NICS data being a better indicator of market conditions than overall NICS data.  Each of these NICS transactions can represent more than one gun sale, and it's simply impossible to know what the total number of new guns sold is with this data.

I'm interested in seeing how the full year ends up compared to '13.  For what it's worth, if the Evil party pulls a big fraud upset and gets control of the house and senate, expect the bubble to start up again.

We have a new gun show within a half hour drive this weekend.  Maybe we'll  have a belated BAG day.