Thinking Out Loud - Where I'm Going

There has been a lot of talk in a lot of places that focuses on the fact that we're in a country where people have forgotten the value of Liberty.  I trust most of you have seen things like this piece on Western Rifle Shooters, for example.  To drag a money quote out of it:


I see those “salt life” decals everywhere. I see “Costa” stickers on trucks and Calvin pissing on various objects. What if we gave the young folks a real idea to rally around? What if we gave them the education that the schools wont? I used to work with middle school age kids and in my years of that I never met one who was not liberty minded. They are all about independence and rally around the introduced idea of Liberty. All we need to start affecting the real war, the culture war, is to create a brand and an idea for them to rally around. Remember the 60s and all that “peace” and “love” stuff? How about the idea of LIBERTY sweeping the nation and kids all over wearing a symbol of it? What about kids actually understanding and rallying around the idea that “I own me” and “F the state”?

I completely agree that the battle is for the hearts and minds of the people under 35 or so.  This is where I've been going, but following Alinsky's rules, I think we need to isolate and ridicule the aging hippies running everything.  Take this (really rough) idea with Obama's communist:buddy, Bill Ayers: 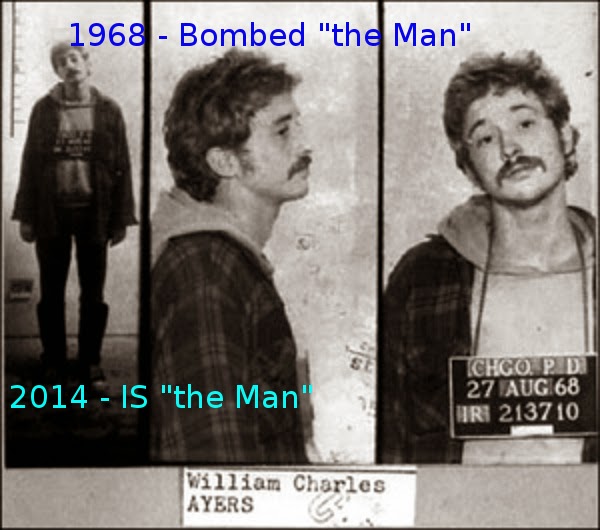 Maybe I'm missing the bet, but does anyone under 40 take these people seriously?  How about pointing out to the yutes that these people are the source of the ideas being handed out in schools everywhere?  (I sell eye bleach by the gallon, BTW) 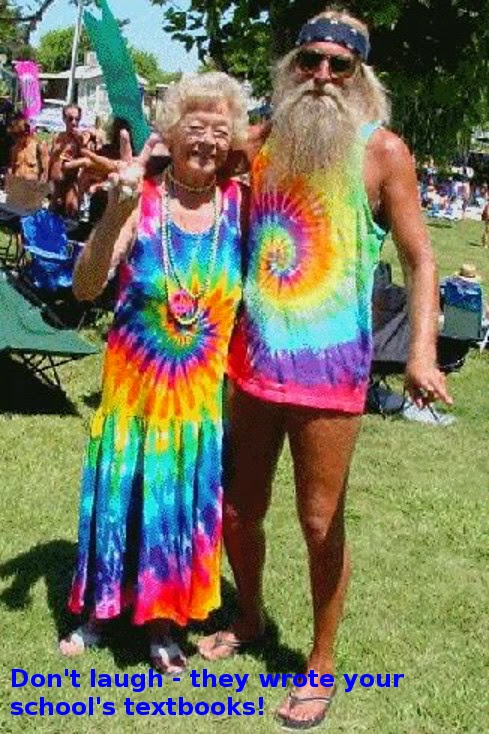 It's been said over and over that the progressives took almost a century to get where we are today.  It's well documented as the Gramscian March through the institutions; Gramsci, an Italian Communist, thought it better to push progressively by demonizing everything about American culture until we lost the will to survive.  They've achieved that.  The progressives took over education, for example, long before Bill Ayers starting bombing "the Man" and continue to this day.  We need to take the culture back, and maybe another long march is the way it has to be done.  Maybe we need to put in the years to grow a counterculture.  The old counterculture - those old hippies - aren't counter anymore; they're the dominant culture.  They need to be overthrown.

I'm aligning myself with the large group saying that the battleground is the culture.  As much as I'd vote for someone who said they wanted to go through the Code of Federal Regulations and throw most out, or someone who said their highest priority is Sunset Laws to ensure Federal Laws don't stay on the books forever, I have to admit I don't have a very popular viewpoint.  The culture has to change from people saying, "the government ought to do something" to "we can fix that without them".  I can see spending a lot of time trying to start new memes.
The folks pushing this argument say that politics is downstream from culture.  We all know politicians are reluctant to do anything that might make them look stupid or make them seem out of place.  (Although they make themselves look stupid pretty regularly).  Just like they won't put a bill up for vote unless the group putting it up is sure they can win, they won't rule on cultural ideas until there's no risk in it.

Unfortunately, as an artist, I make a pretty good engineer.  As those two examples show, I have just about zero skills.  Someone with mad Photoshop skills, or any of those meme generating software tools, is called for here.  I can see putting memes and pictures on Pinterest, Instagram, and the Book of Faces.  YouTube still attracts millions of eyeballs - of all ages.  Here, we need someone like comic Steve Crowder, and libertarian Julie Borowski, both of whom put up liberty-oriented videos all the time.