Me Me Me Me

No, not warming up for an opera.  Just some things I feel like writing about.

From time to time, I've mentioned that I've been studying guitar since around the end of 2010.  I picked it up after a long hiatus from playing as a teen and 20-something.  Basically, it was longer since I played than I played and I started over with DVD based courses from Learn and Master.  I finished the second one around last March and since then have been playing around with various books of music trying to occasionally make inoffensive sounds.  I have not yet crossed the home recording studio threshold that Robb at Sharp As A Marble has, but I'm thinking of it.  Still, with more hobbies than I can keep track of, I wonder if it's worthwhile to even start down that road.

Funny thing but it turns out that I don't find the goal of "trying to occasionally make inoffensive sounds" very rewarding in the long term.  Running the basic pentatonic scales in major and minor key variations gets rather boring, but on the other hand not playing those scales seems to lead to a decay in my ability to play things.  Playing some sort of chord based rhythm guitar produces a fuller sound around the house than just playing a melody one note at a time which can sound pretty thin.  Going down the recording road gets around that by allowing you to play multiple parts of a song yourself and play along with what you played before. Add a drum track and you're a one man band without walking around with a bass drum strapped on.

Being of that certain age group who got their first transistor radio around the same time the Beatles crossed the Atlantic, I have a soft spot for their music.  One of the books I've been playing from is a Beatles songbook with written melody for voice and chords.  Last week, I got an ad from a music shop for a book with note by note transcriptions of every Beatles song.  It's an 1136 page hardback book.  Every part is transcribed in both standard notation (treble and bass clefs) and "tab" for guitar and bass.  Tablature, or tab, has the advantage for a guitar of showing the exact voicing the player used.  On a guitar, a given note from the staff is available in several places on the neck, and a given chord (arrangement of multiple notes on different strings) is usually available with different fingerings in three or more places on the neck.  A properly transcribed tab version makes you sound more like the original, if that's your goal. 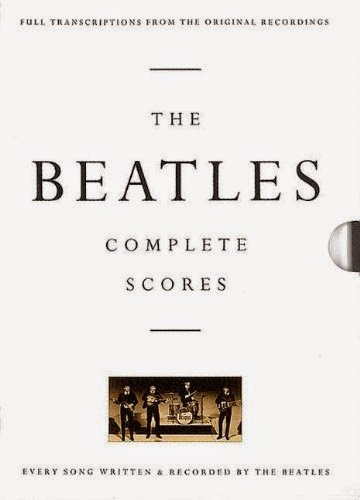 I've been playing with a couple of songs from the White Album; Revolution 1 and the Savoy Truffle.  I'm getting more out of them, playing along to the recording which I listen to on the iPhone.  All in all, it's a bit more fun and interesting than what I've been doing.  One thing I've concluded, though, is that as a musician I make a pretty good engineer.

On  the other hand, I played with that goofy personality , er, #Brainchild test Borepatch linked to a couple of days ago, and find that it fits.  I don't seem to be descended from anyone with a musical background. 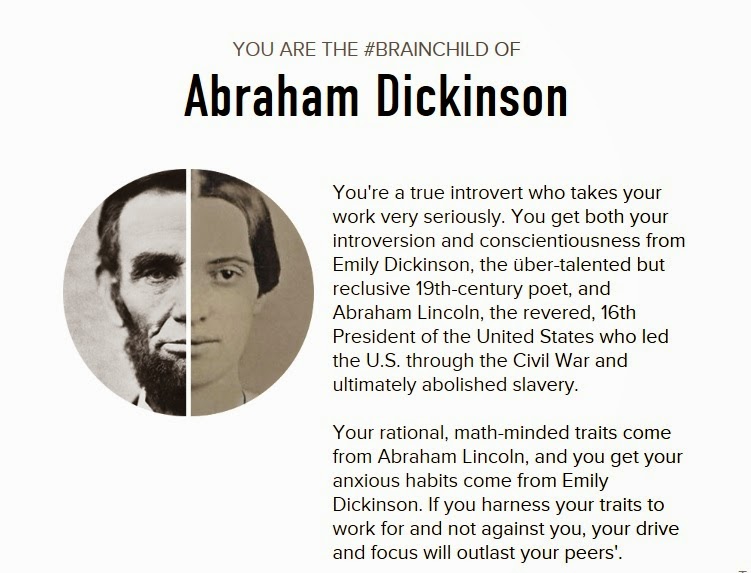 No... I don't particularly take that seriously like I didn't take the political leanings test seriously.  Sounds too much like a horoscope.  BTW, Mrs. Graybeard tested as Isaac of Arc.  Isaac Newton and Jean D'Arc.