T'was the Night Before The Election 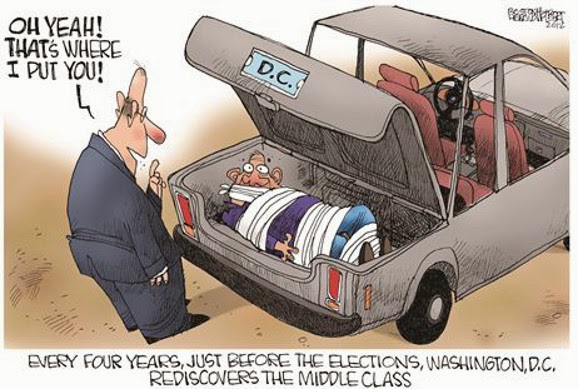 Yeah, it's the way that the Ruling Class treats regular people.  It's the way the Evil Party treats black voters, and any of the aggrieved minority groups they exploit. They pay attention to you when they need your vote, then you're back in the trunk.  The guys on that video are finally seeing it and rebelling against the Evil Party.

Glenn Beck makes the case that we could be entering the most dangerous period in American history since the civil war.  There are persistent stories that the Obamanoids have ordered millions of green cards for a sweeping amnesty giveaway, perhaps once the new congress is in session, to drive his efforts to fundamentally transform America to conclusion.  On the other hand, Jon Gabriel at Ricochet makes a good argument in "Liberalism is Eating Itself" that the shaky coalition of those aggrieved minorities is pulling itself apart.  So which collapses first?  Does it matter?

"Prediction is hard.  Especially about the future" - Niels Bohr, physicist.