At 9:34:32 UT, 4:34:32 AM EST, on February 20, 1965, the first probe to take closeup pictures of the moon, Ranger 8, began taking photos.  Launched on February 17 atop an Atlas Agena rocket, the satellite had traveled for almost 65 hours at this point.  In the next 23 minutes, Ranger 8 would take 7137 photos, and then smash into the moon's surface.  Those photos and the ones from following missions were used to scout landing sites for the following Surveyor probes, the first probes to soft land on the moon, and ultimately for the Apollo landers. 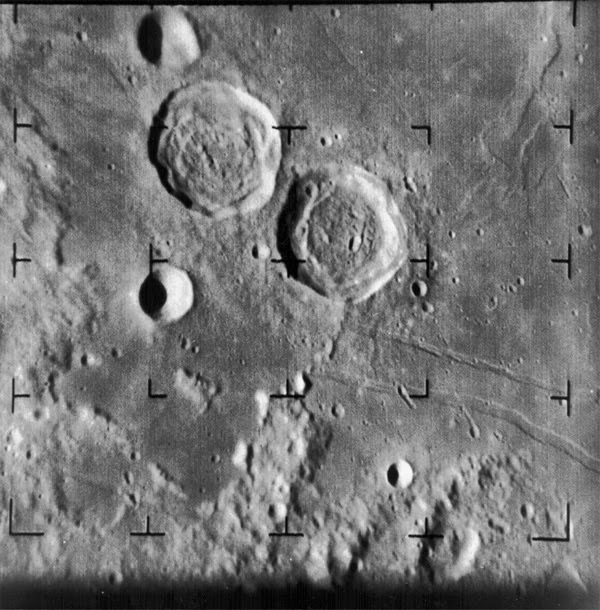 Taken two and a half minutes before impact, this Ranger 8 image shows the Ritter and Sabine craters. The Apollo 11 landing site is just off the right edge of the image.  The total research, development, launch, and support costs for the Ranger series of spacecraft (Rangers 1 through 9) was approximately $170 million.  It's worth noting that Ranger 7 was the first of the series to actually complete its mission successfully.  The list of missions with descriptions of what failed is on this page.  That tenacity and willingness to experiment to see what works is something I admire.