Techy Tuesday - When Your TV Watches You

For some reason, I haven't been able to shake an image of Yakov Smirnoff saying, "In Soviet Russia, TV watches you!" since I first saw the stories about the Samsung Smart TV.   In case you missed it, buried deep in the disclaimers that virtually nobody reads anyway is this rather alarming little statement.


Please be aware that if your spoken words include personal or other sensitive information, that information will be among the data captured and transmitted to a third party through your use of Voice Recognition.

Whut?  I need to watch what I say in my own house?  I can't talk about "personal or other sensitive" things in my own living room?  And how many people have a TV in their bedroom? Does it have cameras to watch me - so it will recognize faces and which programs they like?

I'm going to go out on a limb here and assume most people know Apple's Siri "digital assistant".  To invoke Siri, you need to take a positive action.  The default is to press a large button and hold it until you get a tone that acknowledges the app is now running.  Now Siri doesn't live entirely on the iPhone.  Once you've engaged the app and asked a question, Siri can connect with servers online to help interpret your speech.  Still, if you don't press the button, Siri never turns on and never listens.

Samsung's TV is the opposite of that.  Their usage model centers on you speaking commands to the TV.  If you're just going to command it, speaking in your best Jean Luc Picard voice, "TV, change to channel 1035", it has to be listening all the time.  It has to actually be continuously parsing what everyone it can hear is saying and deciding if it's a command or not.  If you yell "turn off that noise" to your kids in the other room, it has to decide what that means, and whether or not it needs to respond.  Samsung says that the microphone in the TV only responds to simple commands and does not pipe the speech out over the Internet.

The use of the "third party" to process speech only happens when you press a button on the remote, perhaps asking the TV to recommend a movie (I don't know about you, but I always think about asking my TV what it thinks).  Since you're pressing a button, it is similar to how Siri and Google Now work on smartphones.  No button press; no threat of eavesdropping.  Says Samsung.  Users will see a microphone icon on the screen when it is on.  Samsung says it's easy to cope with this if you don't want a voice activated TV (then why did you buy one?) by going into the Settings and disabling it.  Then they say,


"While Samsung will not collect your spoken word, Samsung may still collect associated texts and other usage data so that we can evaluate the performance of the feature and improve it,"

And, of course, if you turn off the voice activation features, those features you paid for aren't going to be working.  I suppose collecting usage data isn't that bad, especially if anonymized.  It's probably data that doesn't cross over into the extremely personal category.

The problem is Samsung really stepped in it.  They put in a bunch of features they thought people will want in a TV and then weren't really up front about sending much of what the TV hears to a remote processor.  When people were upset about it, it was as much how they found out as it was the actual discovery.  Samsung could only say they use "industry-standard security safeguards and practices, including data encryption, to secure consumers’ personal information and prevent unauthorized collection or use", but now it's a question of whether or not you truly believe them.

Besides, didn't Anthem and Sony and all the other cyber attack victims use "industry-standard security safeguards and practices"? 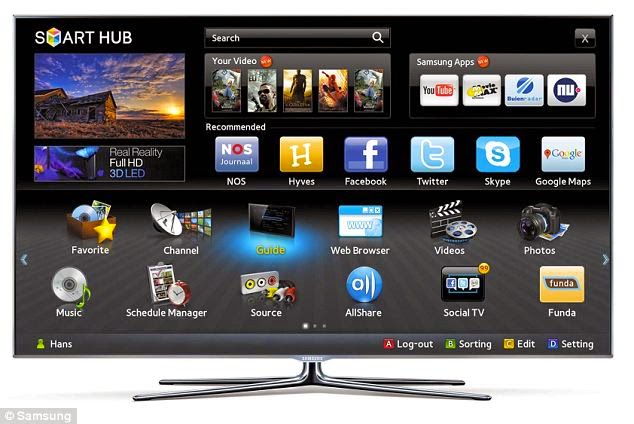